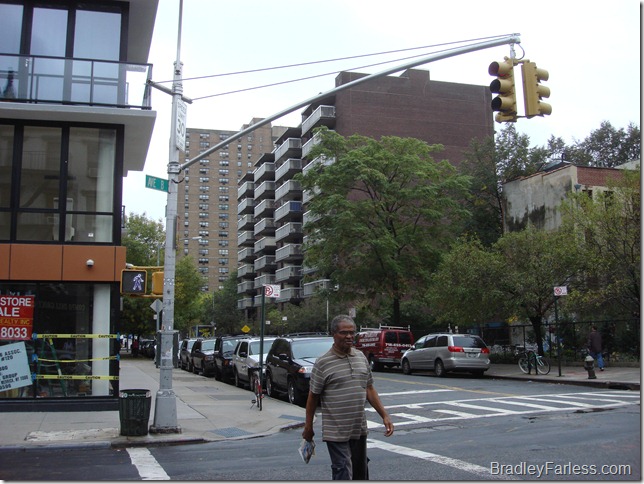 This is another post about Marble, the cat I brought with me to New York City and gave to my mom.  She’s done quite a bit of traveling and this last trip was hard on her, because she was in the plane for so long, but now she’s adjusting quite nicely.  She seems to not mind being in an apartment or mind the noise of the city.  Like one of my friends said, she’s a city girl at heart.  She grew up in Singapore after all.

She’s still in that ‘adjustment’ period when it comes to my mom’s cat.  They haven’t quite become friends yet.  Marble doesn’t seem to want anything to do with him, but he’s been really aggressive and we have to keep an eye on him constantly.  It seems like every time we turn our backs he’s trying to go after her.  I’m sure that will stop after a while, but he’s been the lone king of this apartment for over a year, since his older brother passed away from old age.  It’s typical cat behavior, not wanting to concede territory to another cat, but it still seems bizarre, because in human terms it would be like a retiree beating up a 10 year old child brought into his house by a relative.  Marble is barely over a year old, so she’s still a young cat. 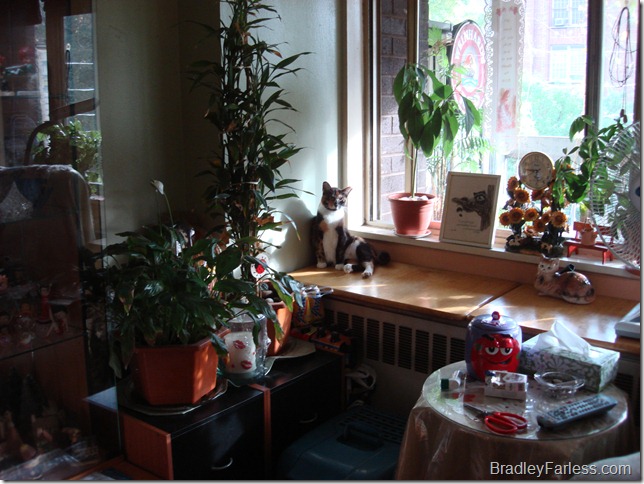 To that end, she’s taken to staying high up, where that big fat cat can’t reach her.  She stays on an armchair next to me, or sits on the shelf over the radiator by the window.  She really enjoys that spot because it lets her look out onto the street below.  Sometimes she goes onto the balcony and sits on the freezer too. 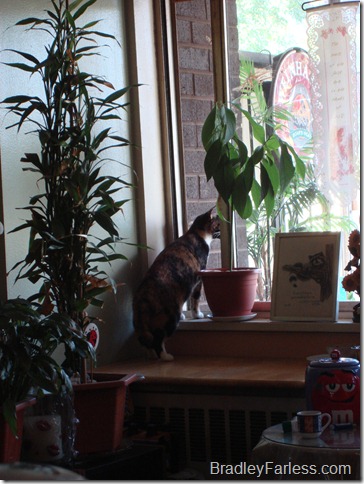 So far I haven’t done much in the city except random errands, but I’ll definitely start posting some stuff soon.  Tomorrow I want to write a bit about the flight from Manila to New York and Narita airport in Tokyo.  To end this post, though, I’ll leave you with a not so good photo of the beast of a cat that my mom already had: 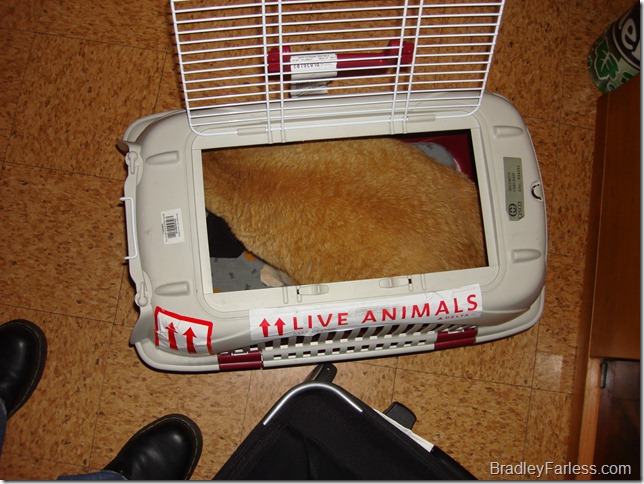 Now use the following photo for a size comparison: 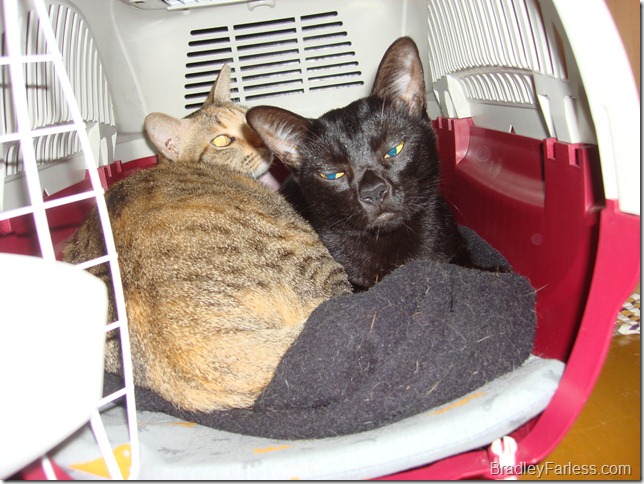 Dapper, the cat on the left, is about the same size as Marble.

Poor Marble. I hope that behaviour ends soon on his part.

I love the beast picture. Heh, would love to see what his face looks like. Sorry he is being aggressive towards Marble though.
Hopefully that will be sorted out.

hehe. she's getting along quite well back there. ^_^