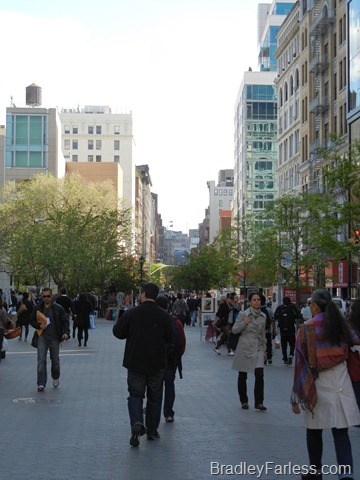 I haven’t tried to keep up with what days each market is held on, but there was an art market yesterday.  This is a photo of the cobbled area along the west side of the park where the stalls were set up, with people selling homemade artwork including oil on canvass, photography, sketches, etc. in various styles.  One day I might even buy something from here to decorate my apartment wall.  Maybe.  I remember hearing people haggling over a price for something that looked like it was about a foot square.  The starting price was 500.  Ouch. 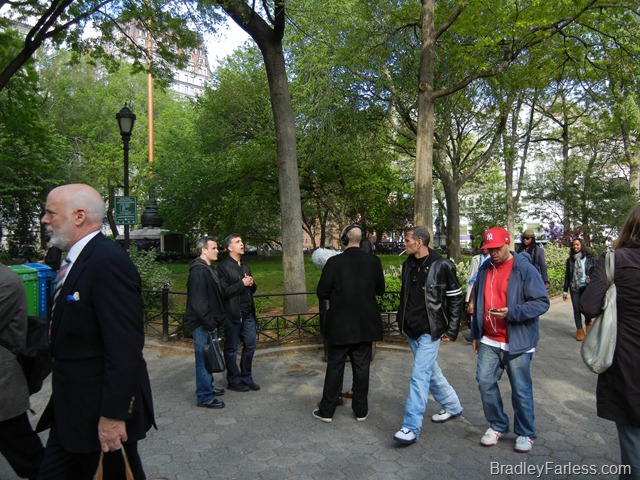 I’m not sure what the interview was about, but the guy to the right in the photo was pretty animated while speaking.  Maybe this was part of a project being done by students at the New York Film Academy, which borders Union Square. 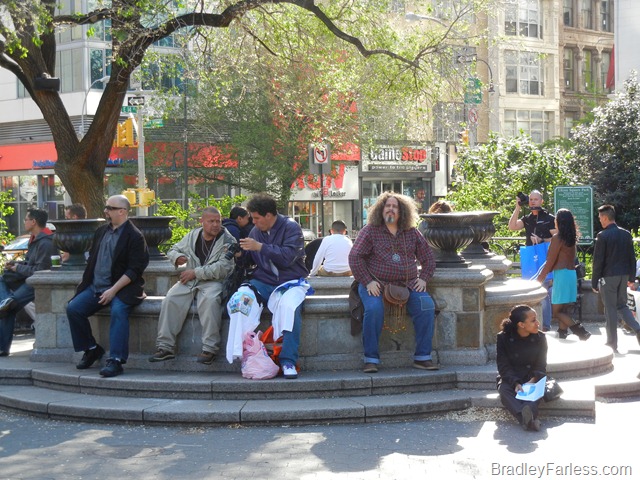 A group of interesting looking folks, sitting on the edge of a fountain in the southwest corner of Union Square.  On warm days, Union Square is packed with people who are just hanging out and enjoying the good weather, at least so far.  I wonder if that will change when the weather turns from warm and pleasant to hot and scorching, and the cement gets hot enough to sear your ass like a burger on a grill. 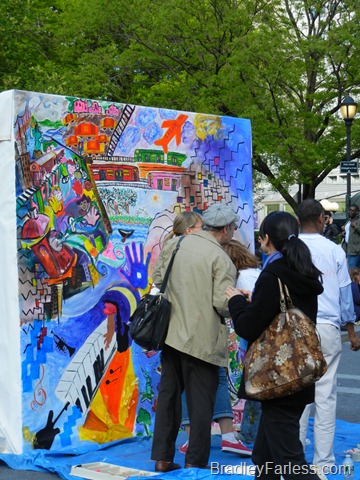 There was a group of people working on this painting.  I think it had something to do with a project sponsored by Keds shoes.  The old man there was taking a photo, like I was doing, and then went right into the middle of things to ask what it was all about, or at least I assume that’s what he was doing.  That’s one of the good things about being old.  People are more forgiving when you do stuff like that. 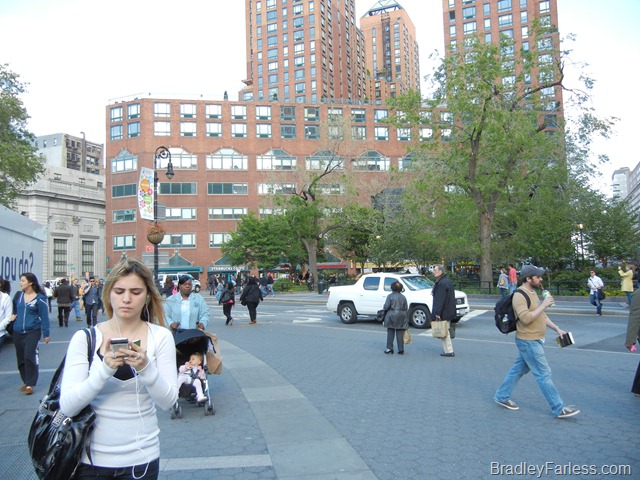 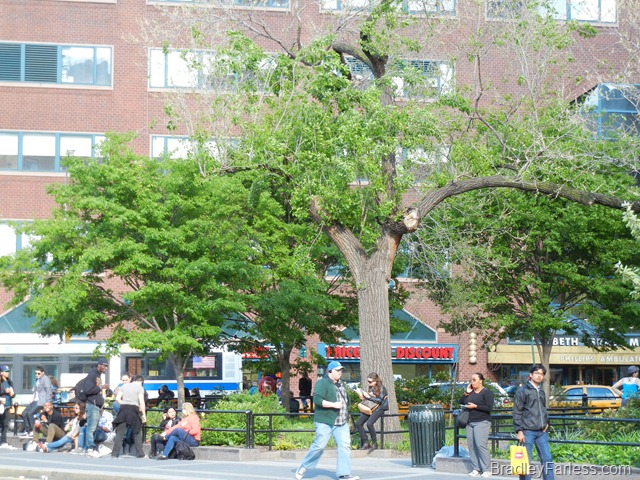 Union Square is even more crowded on weekends.  This was a Thursday afternoon, around 5 PM.

Good point. There are always people sitting around in Union Square, watching everyone else.

They've staked out a spot and taking in the world.

What do you mean, Ron?

In their own way, the regulars aren't too much different from bloggers.

TheHOchieS: Ya, he's a pretty cool looking character isn't he? I actually took 3 photos of him, trying to get him in the best pose. He did seem to be 'preening' for the camera. I'm glad you enjoyed the photos!

I love that one guy seemingly posing for your picture in number 3. Haha.

I'm glad you're enjoying the photos. I remember you talked about taking a trip over here, but it wasn't sure. I'm assuming it didn't pull through? Keep your spirits up. If you get here, there's definitely plenty to see and do.

As I keep saying New York looks amazing and I WILL make it there one day!!