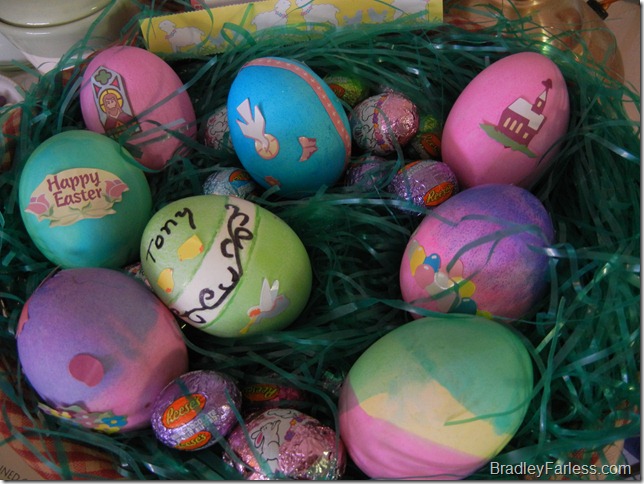 If you were thinking that the giant companies that monetize a spiritual holiday to capitalize on people’s faith are the real villains of Easter, then you’re right, but not quite what I was going for.  Really, though, do we need to commercialize everything?  It reminds me of something I learned in my Art History class a few weeks ago.  You know all those Buddha statues you see everywhere?  Buddha didn’t want that.  He taught a philosophy, but people turned it into a religion and deified him, and now little images and sculptures of Buddha are sold for profit.  Monetized, just like every other major religion in the world. 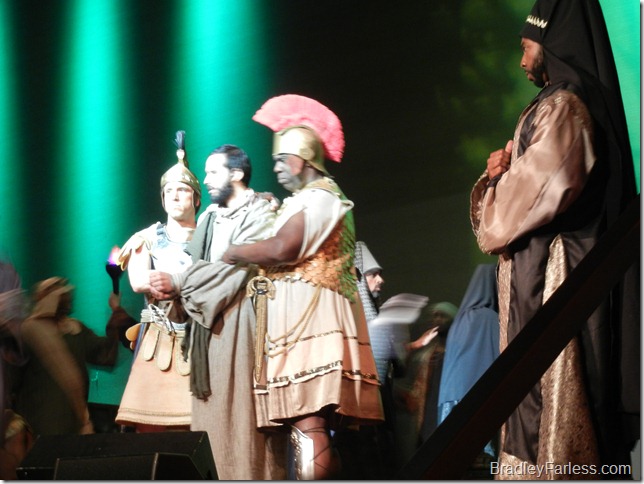 What I wanted to talk about is Judas Iscariot.  I went with my mom to church this morning and they had an Easter production, showing the classic Easter story of Jesus being betrayed and crucified.  But, was Judas Iscariot really a bad guy?  You might say that he is, since he betrayed Jesus and sold him out for 30 pieces of silver, but what I want you to ask yourself is this:  did he have a choice?  If God knows everything that we’ll ever do, then do we really have free will to make our own choices?  That’s the argument of predestination, that we can’t have free will because God already knows what we’re going to do.  By that argument, God already knows, before we were ever born, whether we’ll be damned or saved, whether we’ll believe or not, and, really, it makes you wonder why we even have time on Earth if the outcome is already known.  Why not skip to the end game?  Are we really here just to experience life outside the presence of God, so that we’ll appreciate it later?  Is that the point?

Anyway, if God knew Judas would betray Jesus, then why did God not change the circumstances so that Judas would not have to go through that traumatic experience?  In addition to being all-knowing, God is all-powerful, so certainly he could change something, even if it was predetermined.  The answer is simple:  someone had to be the scapegoat.  If God ordained a set of events (the coming of a Messiah and the resurrection), then he also had to set in motion the events that would lead up to that event.  That includes putting Judas on course to betray Jesus to the Jewish priests for crucifixion.  It was part of God’s plan.  So, how can you hold Judas responsible for doing what culminated in Jesus’ crucifixion and resurrection, which means the Salvation of all believers?  In fact, we should be thanking Judas, because without him playing his part, the event wouldn’t have happened the way God knew/wanted/said it would.  Or should we, since he may have had no choice?

On the other hand, if human action is somehow exempt from God’s omniscience, and Judas acted of his own free will in betraying Jesus, then you still have to wonder why he did it?  Who really turns out their boss (who walked on water, raised the dead, healed sicknesses, etc.) for a measly 30 pieces of silver?  Is it not possible that Jesus put him up to it?  That Jesus pulled him to the side and let him know that he had a plan for him, and that Judas made the sacrifice to be forever known as the betrayer of Jesus, for the sake of bringing about the resurrection?  Maybe that version of events didn’t make the final cut of what we now know as the Bible.

If you’re not aware, the Bible as we know it today was not compiled until hundreds of years after the actual events recorded, and even today, what is and isn’t “canonical” depends on which branch of Christianity you adhere to.  In addition, new documents are constantly surfacing that were written during the time period of Jesus and the Apostles.

Anyway, these are just some things I was thinking about today while watching the Easter production.  I’m sure I could spend a lifetime studying documents and commentaries without coming to any definite conclusions, but that doesn’t mean these aren’t ideas worth thinking about.

By the way, this comment isn't showing up on the site for some reason, but it's in the moderation panel, so I'm sure it'll get there eventually!

Sometimes I wonder if predestined means that God determines the ending of history (which would be consistent with scripture) rather than orchestrates everything from the beginning of time. Basically he knows all the possibilities (being infinite) so he can shape human history in the direction he desires. As far as Judas goes, 30 pieces of silver was a months wages. Basically it would be like being bribed $2,000-5,000 in our time to betray ones boss. As far as the time frame of the gospels, John wrote his around 70 AD, 40 years after the crucifixion while the rest were earlier.… Read more »