This is something I wrote for a World Civilizations: Pre-History to 1500 (101) class.  The task was to pick a piece of literature, from religious texts to epic poems to economic records found at archaeological sites, and then describe how that work affected history.  I suppose you could say I took the easy way out and chose to write about the Bible and how it has affected history.  If you’re curious, this paper received an A.  Footnotes will be appended to the bottom of the post, along with the bibliography. 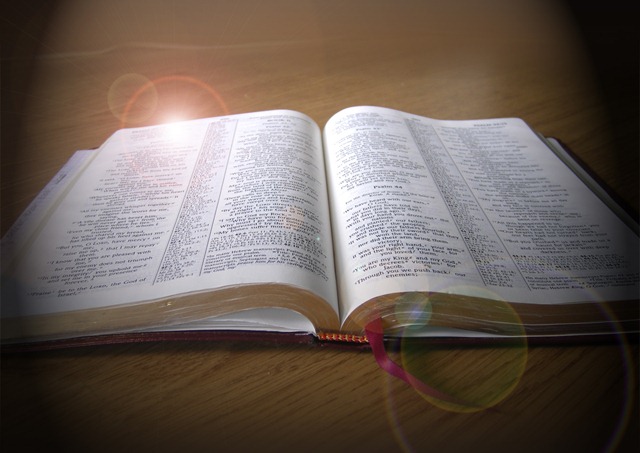 Literature has always played an important role in recorded history. It is a method of preservation of the moment. It captures the ideas, the problems, the aspirations and dreams of a society and, when read from a historical perspective it can offer an open window into the world of the writer. No form of literature has as much impact on history as religious texts. Perhaps the most influential religious work of all time, the Bible[1] has impacted the lives of countless people throughout history. In this paper, the impact of the Bible will be briefly explored to demonstrate the importance it has played in shaping, stabilizing, and sometimes disrupting society.

When Christianity first appeared in the Middle East it was a revolutionary movement with no specific set of religious texts. Various gospels and epistles were being circulated, but there was no accepted canon of scripture until perhaps the late 4th century AD.[2] The result of this is that there was a wide array of Christian sects, all with varying beliefs. There was no structure to the religion, which could cause confusion about what was and wasn’t ‘true’. Through the work of early church figures, like Bishop Athanasius of Alexandria, that changed. Bishop Athanasius worked to consolidate which scriptures would be regarded as canonical and which were, according to him, heretical.[3] Coming at about the same time that Theodosius I declared Catholic Christianity as the official and only permissible religion of the Roman Empire (380 AD), this acted as a strong unifying force that would have an enduring effect on history, European history most especially. The Catholic Church claimed its authority based on the newly standardized canon gospel of Matthew, citing chapter 16, verse 18, which says, “And I say also unto thee, That thou art Peter, and upon this rock I will build my church; and the gates of hell shall not prevail against it,” as the source of its legitimacy.[4] The acceptance of the canonicity of the gospel, what we know as the Bible today, is what allowed the Catholic Church to hold power over the people, as well as to stamp out opposition. The Church also used its divine authority to control the rulers of the people throughout Europe up until the French Revolution of 1789-99. With the Bible as its basis, the Papacy of the Catholic Church bestowed divine authority on the monarchies of the developing European nations, allowing for the formation of governments and modern nation states. Most of the countries in Europe today exist due to monarchical legitimization by the Catholic Church, which derived its religious authority from the Bible. These nations have played major roles in the development of the rest of the world and, in most cases, continue to be major world powers today. These nations that are shaping the world today were themselves shaped by Christianity and the Bible.

In addition to shaping nations, Christianity has played a role in creating social stability through Christian morality and Christian value based legal systems. Mircea Eliade wrote that “The manifestation of the sacred ontologically founds the world. In the homogenous and infinite expanse, in which no point of reference is possible and hence no orientation can be established, the hierophany[5] reveals an absolute fixed point, a center.” Or, in other words, religion creates a stable center for people to start from, a check to balance their view of the world and define their existence. The religion revealed through the Bible served this purpose for Christians. The Bible affects the lives of those who read and believe in it by influencing them to conform to a lifestyle that is in accordance to its teachings. John 14:6[6] tells believers that Jesus said, “I am the way, the truth, and the life: no man cometh unto the Father, but by me.” It is impossible to come to Jesus without repentance and living according to the teachings of the Bible. Getting into Heaven is a strong incentive to develop and maintain a Christian, Biblical lifestyle, which regulated everything from birth (baptism) to marriage (holy vows) to death (Christian funeral rites), and most things in between. As mentioned earlier, this belief in the Bible and Biblical living created the monarchies and modern nations which, along with creating common customs, stabilized society, but it also went a step further in creating social stability through later legal systems. The values established by Christianity were converted into the foundations of Western legal systems. Christian values have persisted in our Western legal systems and institutions up until the modern time. John Jay, the first Chief Justice of the United States (1789-95) once wrote in a letter that “The Bible is the best of all Books, for it is the Word of God, and teaches us the way to be happy in this world and the next. Continue therefore to read it, and to regulate your life by its precepts.”[7] While not expressed outright in the US Constitution or legal system, the values that Americans inherited from Christianity have influenced and continue to influence the workings of government. A good modern example is the current debate on the legality of homosexual marriage, which is undeniably being opposed on wholly religious grounds.

Using the same example, the Bible has been so influential that it has also caused disruptions in societies throughout history, including Christian societies and modern societies. As a sacred text, the meaning of the words it contains is open to constant interpretation based on who reads it. Those interpretations haven’t always had a positive effect. During the 11th, 12th and 13th centuries, the Roman Catholic Church used its Biblical authority to declare religious wars on neighboring nations. The effects of the Crusades continue to be felt today by Islamist terrorists using the concept of Crusades as a justification for violent and lethal actions against Western, ‘Christian’ nations. The Bible has also been used as a justification for the violent suppression of minorities throughout history. Well known examples are the Medieval Inquisitions, the Spanish Inquisition and the Salem Witch Trials. The Bible has been used to oppress women through selective quotation and reading out of context, with 1 Corinthians 14:34-35 being a prime example:

“Let your women keep silence in the churches: for it is not permitted unto them to speak; but they are commanded to be under obedience as also saith the law. And if they will learn anything, let them ask their husbands at home: for it is a shame for women to speak in the church.”[8]

The Bible was used to justify slavery in the United States, either arguing its morality through the omission of its condemnation in the Bible or by making a broad claim that God created slavery and so it must be good, as Jefferson Davis, the President of the Confederate States of America did. He said, “Slavery was established by the decree of Almighty God…. It is sanctioned in the Bible, in both Testaments, from Genesis to Revelation…. It has existed in all ages, has been found among the people of the highest civilization, and in the nations of the highest proficiency in the arts.”[9] Today, the Bible is used as a source of justification for the suppression of the right to equality that homosexuals should enjoy under the secular government in the United States. It is still used by fringe groups to support destructive beliefs. The Bible is just as strong a force for disruption of society as it is for good.

[1] The general concept of a canonical written Bible as accepted by branches of Christianity, without considering the differences between accepted canon and apocryphal works in various traditions.

[2] According to the Columbia Apologetics Toolkit, adapted from the materials of Professor Paul Hahn of the University of St. Thomas, Houston, Texas.

[3] According to the National Geographic special, The Gospel of Judas.

[5] Mircea Eliade defines “hierophany” as the sum of its etymological content, “something sacred shows itself to us.”

[9] From the antebellum slavery debates in America, quoted in a book by Mason Lowance.

Eliade, Mircea. The Sacred and The Profane: The Nature of Religion. Orlando: Harcourt, Inc., 1959.

My biggest problem with the Bible isn't really with the Bible; it's with how it's being used by most prominent religious figures. I might write about that in the future. In the meantime, I can recommend a book called 'The Bible: A biography' by Karen Armstrong. The opinions she presents are a bit biased but if you keep that in mind you can learn a lot from the book.

Oh. So you're doing a paper on that as well? Please put it up if you do mate. That would be most interesting. I've always wanted to know more about that, especially an academic viewpoint with which i could engage with conversationally. Although i'm a Catholic, i've been looking with scepticism at the authenticity of the Bible the past few years.

Well, what was chosen to be, or not be, a part of what we know as the Bible today was chosen by a bunch of guys in a council, presided over by a pagan emperor. The books that were included may have been 'best' in the sense that they made people good citizens that would uphold the customs of the time (and Roman law), but 'best' doesn't always mean 'most informative' or 'most correct'. That's a topic for another paper though.

Definitely a fascinating and highly thought-provoking topic – connecting the dots between religious texts and historical evolution. The bible has been used to justify quite a bit hasn't it. But one could also say that the texts selected for inclusion in the Bible was to some degree determined by the status quo, i.e. perhaps the role of women, the maintenance of the economically exploitative status quo, etc. Fantastic and highly informative essay mate. I dare say that using a sociological perspective in addition to what you used would make it more controversial – like what you did with how the… Read more »