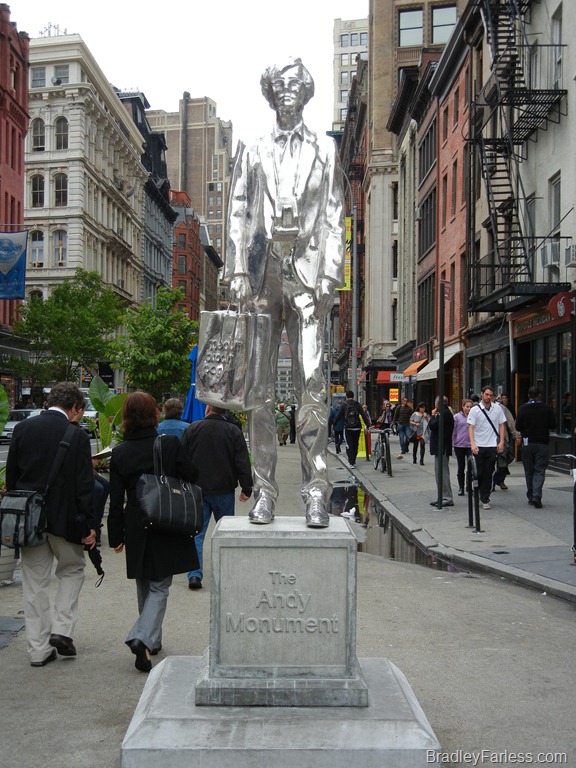 Andy Warhol, born Andrew Warhola, Jr., was an American painter, printmaker and filmmaker and a leading figure in the pop art movement.  His monument stands at the Northwest corner of Union Square outside Petco.  I’m not going to pretend to know anything about Andy Warhol, but his wikipedia entry says one of his paintings sold for 100 million dollars, so it has to be pretty good stuff.  I can’t say I like the statue though, or the building that sits adjacent to Union Square on Broadway that I was told he designed.  If you’re wondering, the bag in his hand says, “medium brown bag,” which is a reference to Bloomingdales.  Their shopping bags are brown paper bags that have ‘big’, ‘medium’ and I think ‘small’ “brown bag” printed on the sides.