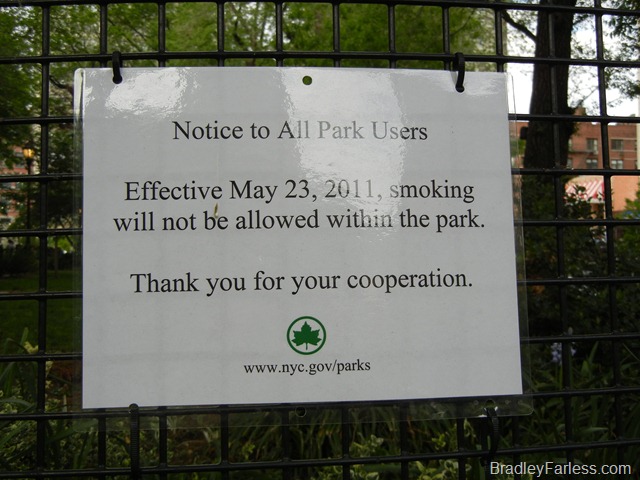 The acceptable areas for smoking just got a lot narrow, but I can’t really argue with this.  I mean, I still smoke, though I’m planning on getting around to quitting sometime soon, but even so, I can’t be upset about this.  People that don’t smoke have a right to not inhale second hand smoke.  That’s the whole point of not smoking right?  Still, it’s gonna be kind of sad that I can’t lean back on a park bench and enjoy a cigarette while watching all the people pass by anymore.

This reminds me of something I was told by a guy in Japan.  I don’t remember who it was now, but he was saying that in Japan, they banned smoking outdoors, but not indoors.  He said the reasoning is that it’s all about choice.  If you’re a non-smoker, you can choose to not go into a smoking establishment, but you can’t choose to not walk outside.  So, you ban smoking outdoors, but leave smoking indoors up to the establishment owner.  To me, that makes a lot more sense.

Given the Japanese stance on smoking, it makes me wonder how much freedom and choice we really have in this country.  Smoking isn’t illegal, but pretty soon it might be illegal to smoke anywhere.  I remember hearing a story a few months ago about a housing development where people were complaining that they could smell the smoke from neighboring units.  Would it be fair to ban smoking in an entire apartment building?  I can imagine a no smoking policy for new tenants, but could you really ask people to move out if they don’t stop smoking? 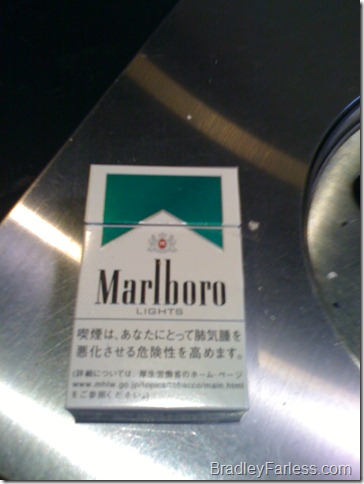 On a long-haul flight from Manila in the Philippines to New York City, that stop at Narita is a small blessing if you’re a smoker.  I’ve gone through there twice, in different areas each time, and in both instances a smoking room was conveniently placed for people on short or long layovers.

The smoking rooms are completely closed in with tinted glass windows and doors that you open by pushing on a pad on the door, located where a handle would normally be.  Inside is a vending machine, lots of benches, a television, cigarette butt receptacles / ashtrays and even a stand with car-style lighters for people who forgot those or couldn’t get their lighter through security at their point of origin. 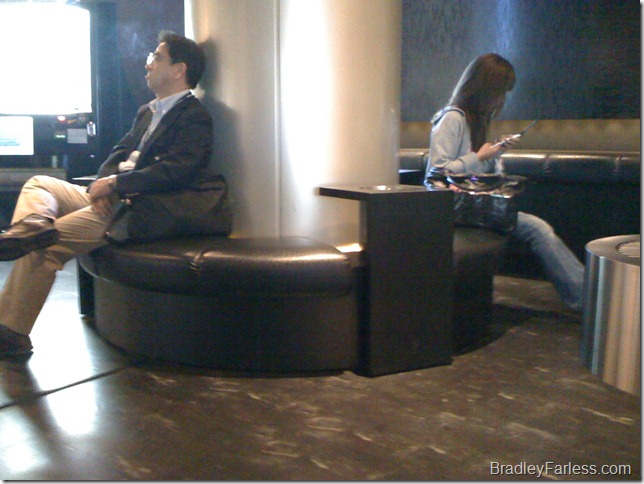 When I sat down in the smoking room it had a really relaxing atmosphere.  There was an assorted crowd inside that fluctuated constantly as people rushed in and rushed out to head to their gates.  I saw Japanese businessmen talking in clipped tones, likely about some upcoming project, convention or deal.  I saw airline attendants, Japanese and otherwise, enjoying their breaks.  There were plenty of travelers, mostly Asian, lounging with dazed looks on their faces. 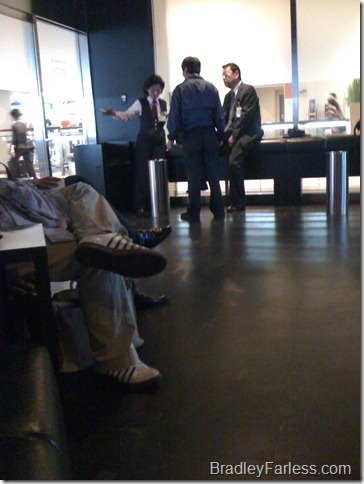 While there, a traveler that looked like he was from the Middle East was trying to give away a meal voucher he had.  He asked me if I had time ‘til my next flight and told me about the voucher, asking if I wanted it.  I only had a few minutes left by that point so I declined.  It was odd, but he went around almost the whole room before running into someone that would take it from him.  It’s possible that everyone had a connecting flight coming up shortly, but I think it’s more likely that most people just won’t take something free, because scams are so prevalent.  No one wants to get suckered.

Another guy I spoke to was from the US.  He was on his way back home to pick up his dogs and bring them back to Japan.  That sparked a long conversation about pet importation, since I had my cat Marble with me on my flight, importing her to the US, and had previously imported her and three other cats to the Philippines from Singapore.  Japan is pretty strict on their import requirements, especially compared to the US which barely asked me for any documentation at all for Marble and didn’t require an import permit. 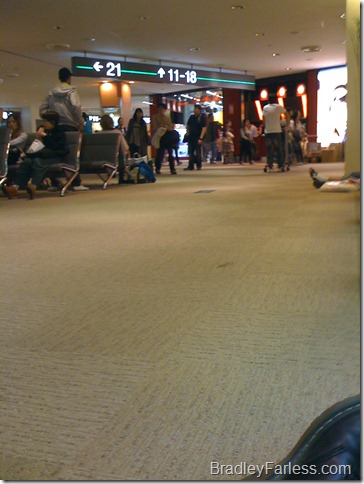 Narita as a whole is a very modern, attractive airport that reminded me of Changi and the airport in Kuala Lumpur.  My only complaint about the place is that it didn’t have free wi-fi throughout the terminal, though I did find a wi-fi kiosk sponsored by Google.  The catch was that after registering to use the service, you were presented with an advertisement encouraging you to download the latest version of Google’s browser, Chrome. 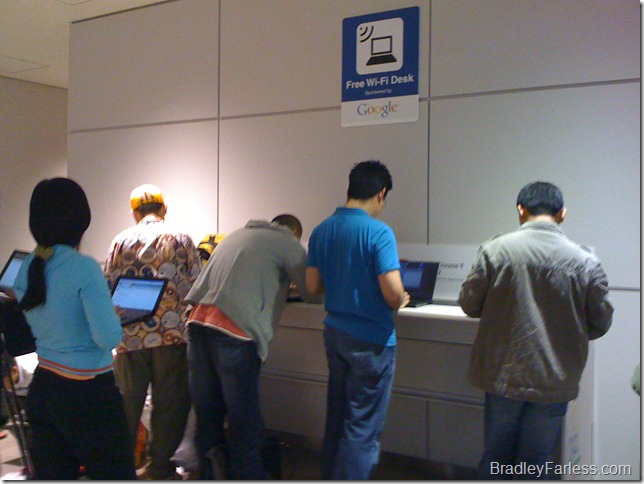 Leaving Narita and arriving at JFK in New York was like leaving a posh neighborhood and stepping into the projects.  JFK even smells funny, but from what I’ve been told it’s common knowledge that the place is a dump in serious need of remodeling.  One of the most interesting thing about Narita, though, are the toilets.  Have a look for yourself: 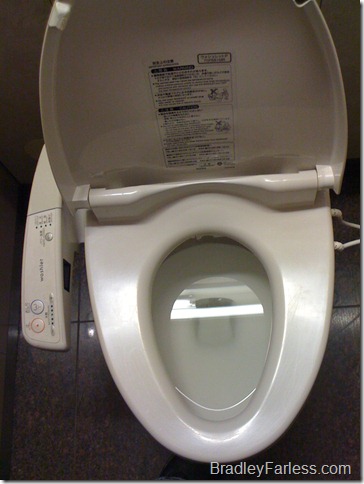 These types of toilets are common in Japan.  The one pictured above had a heated toilet seat and a sprayer that you could use to clean your backside.  It also had a blow dryer that would dry your backside after it was sprayed clean.  Even if I’d needed to use them, I don’t think I would, since it was a public toilet.  I spent about five minutes looking at the toilet bowl from different angles, trying to figure out where the spray and blow drying would come from, but I gave up.  If I ever have a chance to stay in a hotel in Japan, I might give it a try.  Or France.  I hear they’re used there too.

Passing through Narita is, overall, a pleasant experience with a clean environment, satisfactory amenities and interesting people watching opportunities. 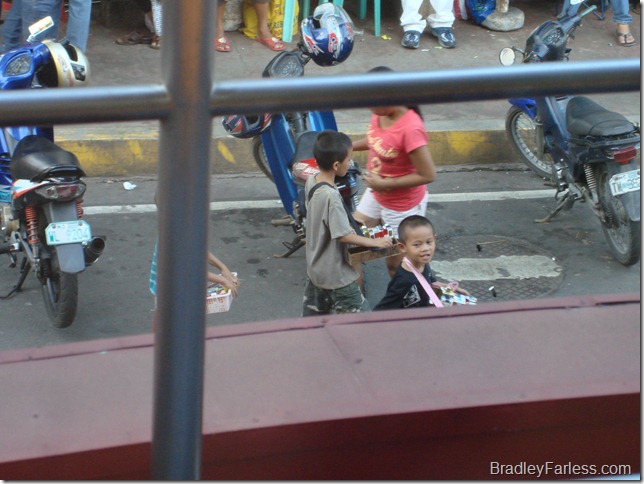 I was sitting on that same second floor window where I saw the girl with the bag that said “Use Me” when I saw something else interesting.  Does this count as child exploitation?  Isn’t there a law against it?  Maybe there isn’t.  It seems like labor regulation is pretty loose in the Philippines, which can apparently have both its ups and downs.

This reminds me of something else I saw, where children were encouraged to buy tokens for the toy machines in a grocery store at the tobacco counter. These are chilling words for the anti-tobacco population. Some describe the dissolvable products as nicotine candies designed to appeal to children, making them life-long addicts. Reynolds have already found these products to be more appealing to women, besides allowing smokers to continue their habit in smoke-free locations, like offices.

That is why I am amending our current Tobacco Control Act to arm ourselves for the era of these new tobacco products, including e-cigarettes (yes, there is such a thing!).

Even the title of the current Act, Smoking (Control of Tobacco) Act has to be amended to reflect the new reality. The Bill will be introduced soon. I look forward to Singaporeans’ support for the Bill.

Whether it creates smoke or is smokeless, tobacco is highly addictive and it kills.

This statement was made in response to a new series of products being produced by Reynold’s American Inc., the makers of Camel and Pall Mall cigarettes, including strips, lozenges and dissolving wafers.

The blog post this quote is from redirects people to the Health Minister’s Facebook fan page for commenting, and the few comments left there seemed to be in favor of his initiative to ban these items from Singapore.

I’d like to highlight a perspective of this that everyone seems to be missing. Smokeless tobacco items like the ones mentioned in his post could be used as, and should be marketed as, ways to assist smokers in breaking the habit.  He didn’t go into detail, but the products he’s describing seem to be nicotine releasing items that don’t contain tobacco at all.  Often these products don’t contain the carcinogens that produce cancer as well.

The hardest part of getting over smoking is finding a new thing to do, other than putting a cigarette in your mouth. If you replace the habit of puffing a cigarette with an item that’s like a candy, you stop mentally associating the pleasurable feeling from nicotine with a smoke-producing cigarette. Eventually you can wean yourself off of the nicotine lozenges and switch to real lozenges. It helps ease the psychological burden of quitting.

As a smoker of 15 years, I can tell you that from various attempts, it’s always the psychological part of quitting that’s the hardest to resist; the association of pleasure with a smoke producing cigarette. There has to be a substitute item to break that association.  A bag of nuts isn’t going to do it, and chewing gum isn’t even legal to be purchased in Singapore.  I think by banning these items, Singapore wouldn’t be making the streets safer for anyone. It would, in fact, remove viable options for people attempting to quit.

The biggest threat from and to smokers is the smoke, whether it be first-hand or second-hand.  If that’s the case, then the government should promote the use of smokeless alternatives for the benefit of everyone.  If smokeless options, especially these items which simply release nicotine, become more popular than cigarettes, it would greatly reduce the number of cancer cases caused by cigarette smoke.

From a monetary perspective, smokeless tobacco products offer the government another avenue for collecting taxes.  The same taxes that apply to cigarettes could be applied to these new products, preventing the government from losing their revenue stream.

I’d love to have access to these types of items for my own benefit in trying to quit smoking.  I’d feel a lot better about myself if I popped a lozenge after a meal instead of lighting up and inconveniencing everyone around me, as well as ruining my lungs.  It could also help me to finally be successful in quitting entirely.  I think it’s a shame I don’t have access to them while in Singapore.