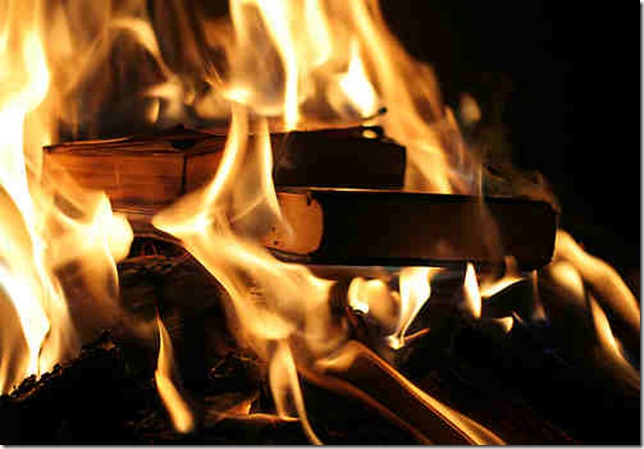 I don’t know how many of you have read this book, but it was required reading for me in high school.  Luckily, it was a book that I actually enjoyed, unlike quite a few Emily Bronte novels that I’d have happily thrown on Guy’s stack for burning.

The basic premise of Fahrenheit 451 is that, in the near future, books are illegal.  Firemen, once used to put out fires (though that’s not known to the general public) are now used to start fires, specifically at the homes of people who are found to be harboring books illegally.

The story goes into a lot of detail about the breakdown of the fabric of society, the slow disintegration of the bonds between family members that keep the world functioning.  It talks about ignorance and doing things just because that’s how they’ve ‘always’ been done.  Then it talks about hope and enlightenment, in the form of Guy realizing that things don’t have to stay the same and he can and should make a change.

I won’t ruin the book for you, but if you haven’t read it, you should.

I was flipping through articles in my RSS reader and I hit on two posts, nearly back-to-back from The Next Web that sounded like they were pages from the book.

The first article is titled: “This Could Be Massive: Interactive TV…”

So, why did this stand out to me?  Well, one of the future technologies in Fahrenheit 451 is a television system that is installed in place of walls in the living room.  The television programs are completely 3D, completely immersive and completely interactive to the point that the show can not progress unless the viewer moves it along by saying the proper things at the proper times and interacting with what is known as “the family”.  The flaw that the author was trying to express here is that these fake people, this fake “family”, draws so much attention away from real life and real family that it causes a breakdown between people.  It’s almost like what’s happening now with so many women complaining that men spend more time with their computers and video game consoles than with them, but on a grander scale.  TNW’s article went on to detail what could be the first step towards the four-walled TV “family” that Bradbury imagined.  It’s both exciting and frightening, if you believe the potential consequences that Bradbury laid out in his book.

Just after that I saw another one of their articles titled “Love to read? Too busy? Brain Shots can help.”

The article goes on to discuss how Brain Shots has condensed books down to 10k words and they can be read via computer, e-reader and some mobile phones.  Some have even gone extra simple and are available as audio books.  In one part of Fahrenheit 451, when Guy starts questioning the established order and his Fire Chief figures out what’s going on in his head, the Chief tries to ‘save’ him by explaining to him how things became the way they were.  Long story short, he said that people did it to themselves.  People couldn’t be satisfied with reading real literature, books and stories with real value, or messages that explained deeper emotions and feelings.  He said that eventually people started reading things in digests, then as blurbs and snippets, and eventually as 30 second blasts over the four-walled TVs.  He asked how you could condense a classic work of literature into a 30 second blast and still retain it’s true meaning?  Everything became dumbed down to keep everyone happy.  To keep things exciting!  I think Twitter is sort of a first step towards what Bradbury had imagined.  How many of you that use Twitter know a Twitter wannabe pundit that tries to condense the feeling and emotion of a whole work of literature into 140 characters?  And then, of course, there’s this article talking about Brain Shots, which is literally taking a page from Bradbury’s book.  I wouldn’t be surprised if his book was their inspiration.

Technology is a beautiful thing, but I hope we keep using it wisely and effectively and don’t reduce our culture and our whole body of world literature into meaningless blasts of drivel that lose their true meaning.  Bradbury’s book may have been written half a century ago, but it’s becoming more and more meaningful as time goes on.

A few interesting quotes from the book:

“Remember the firemen are rarely necessary. The public stopped reading of its own accord. You firemen provide a circus now and then at which buildings are set off and crowds gather for the pretty blaze, but its a small sideshow indeed, and hardly necessary to keep things in line. So few want to be rebels anymore. And out of those few, most, like myself, scare easily. Can you dance faster than the White Clown, shout louder than ‘Mr. Gimmick’ and the parlor ‘families’? If you can, you’ll win your way, Montag. In any event, you’re a fool. People are having fun.”

“It didn’t come from the Government down. There was no dictum, no declaration, no censorship, to start with, no! Technology, mass exploitation, and minority pressure carried the trick, thank God. Today, thanks to them, you can stay happy all the time, you are allowed to read comics, the good old confessions, or trade journals.”

This is definitely one of my favorite books. 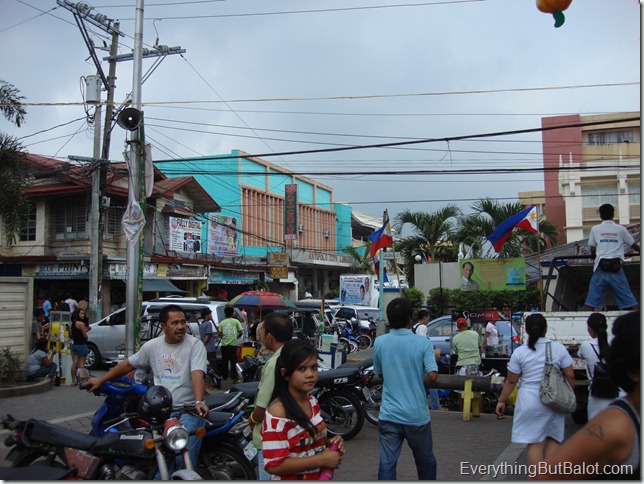 My wife and I love to read so we were excited to check out the Antipolo library when we saw the sign near the town hall.  We couldn’t figure out how to get into it at first because the whole lower level of the building is taken up by unrelated offices.  We had to ask a guard for directions.  There’s a narrow stairwell on the left side of the building that leads up to the entrance of the library. 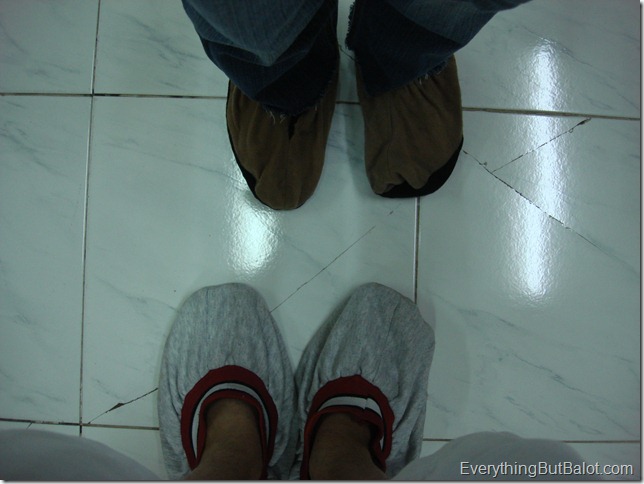 We expected to have to pay a fee to enter, but instead we only had to sign in on their guestbook.  We also had to put on home-made shoe coverings before we were allowed to walk around the library.  I wasn’t too thrilled with that, since they’re reused without being washed.  I’m not a big fan of getting toe fungus from strangers.  Oddly enough, when we left, we were asked to deposit the shoe covers back at the entrance and then told to walk through the library to a separate exit without them.  Kinda defeats the purpose doesn’t it?

I’m really impressed with the fact that Antipolo has a library at all, though I can’t say I’m all that impressed with the titles available.  The place is small.  It’s about the size of a small classroom and has 8 to 10 racks of books which are about 6 feet tall and 6 tables that each seat 4 people.  The books that are available are all very old, some outdated to the point of being useless information, the medical books being the biggest example of that.  Medical practices and knowledge change constantly and you can’t learn much that’s still relevant, or even correct, from a textbook that’s 20+ years old.  The categories cover very basic topics that seem to focus on high school level education and the area for fiction and literature seemed really small.

There were two or three computer terminals available, but all of them were running what appeared to be a game that’s used to teach basic English and logic with a 5 year old audience in mind.  I didn’t notice any signs for Internet access, but I didn’t get to check the terminals.

What the place excels at is providing a relatively cool, quiet place for groups of people to study and read.  Peace and quiet is rare in Antipolo.  If you happen to want to use the library, I suggest bringing along your own reading material and your own laptop with a mobile broadband USB modem.

Hopefully, better facilities will be available when we move to Manila proper but for a provincial area, this is more than I expected.