Sometimes interesting things cross your path, in this case literally, which is why I’m glad I almost always have my camera with me!

We had just been dropped off in town by the tricycle so we could walk down the street and do a little shopping when we heard a bunch of loud bangs and then saw hordes of people with candles walking down the road we were supposed to cross.  When we got closer, we could see it was a procession coming from the Antipolo Cathedral and going down the main road.  I had no idea what was going on, but I figured it was a good time to take photos. 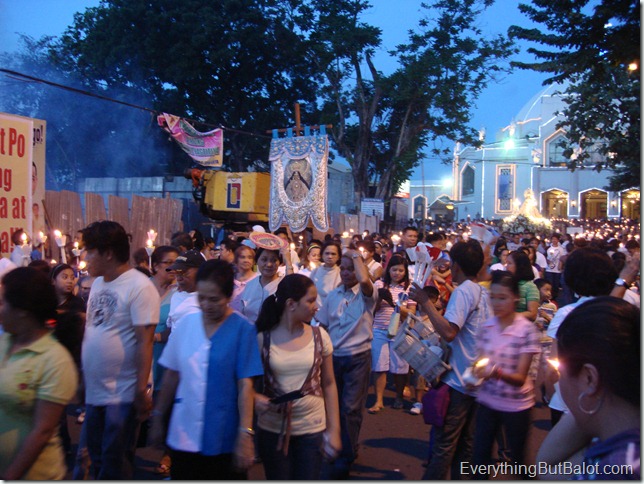 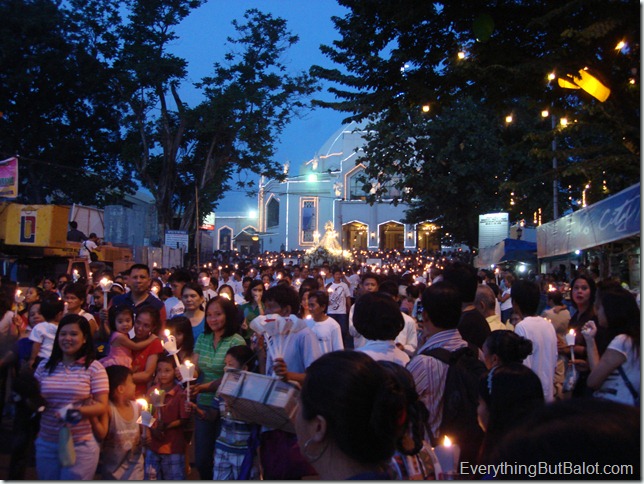 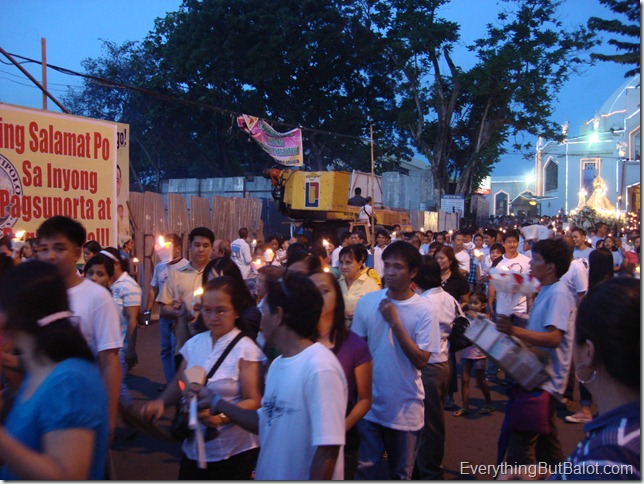 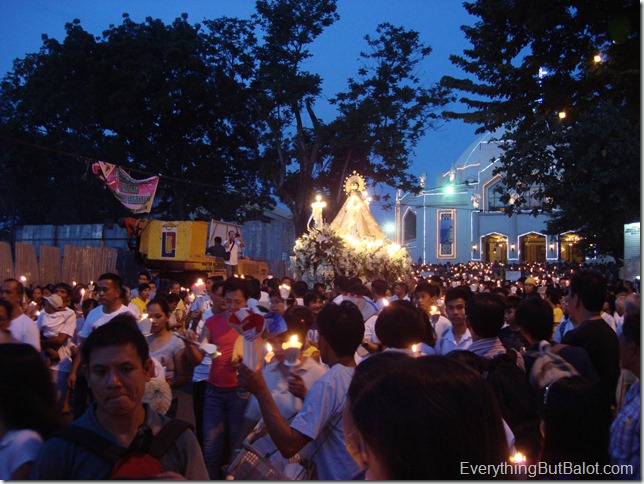 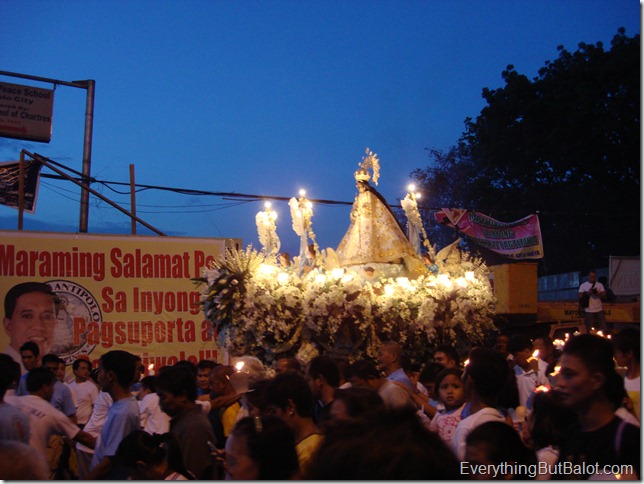 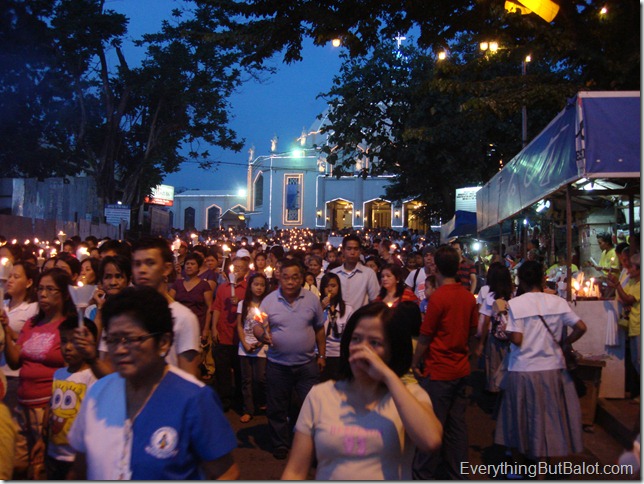 After getting my pictures I asked my wife if she knew what the procession was for.  I’d seen her asking someone what was going on, but she wasn’t sure what the guy was talking about.  He had said, “It’s the last procession of the month!”  That doesn’t make sense though, because these photos were taken just a day or two ago, at the beginning of July.  If there’s more than one procession a month, which his answer implies, then the last one wouldn’t be at the beginning of the month.

Regardless, it was an interesting sight and it was very lively with the fireworks going off just above us.  They weren’t the kind that make patterns or lights, just loud noises, or I’d have taken photos of those too.

This also reminded me of a segment of the Filipino history book I’m reading.  When the Spaniards first started imposing their way of life on the natives here in the Philippines, Catholic missionaries would try to lure in the more stubborn people by holding frequent festivals in the towns.  The festivals and religious ceremonies and events were purposely gaudy and exciting as a way to entice Filipinos to come, enjoy and then hopefully convert, and after converting start paying tithes of course.

Since we’re talking about tithes, I also read that back then if you were a member of the church and didn’t pay your tithe, you were publicly humiliated for it during the sermon in front of all of the people from your town.  My wife says this practice still occurs in some churches in the Philippines, most notably the Iglesia ni Cristos, which is a Christian sect in the Philippines.

Yesterday afternoon I was sitting at the kopitiam near where I live and I heard music, so I turned and looked up the road.  I saw what I thought was a parade and, being curious, I started taking photos.  I quickly finished my coffee and then moved down to the road where I could have a better view.

The decorations were very interesting and I thought the two guys wearing the costumes were very cool.

As another set of vehicles approached I noticed the music playing was more somber and mournful.  The music playing from the lead vehicle had been cheerful and lively sounding by comparison.  I then realized that the group of people following the vehicle were carrying an ornate wooden coffin above them, draped with flowers.  I didn’t take a photo of them, or the coffin, out of respect for the recently deceased.

The smile quickly faded from my face and I waited respectfully as the funeral procession passed before walking back home.  I guess not everything coming down the road playing music in Singapore marks a happy occasion.

The procession was similar to funeral processions in the US, but only vaguely.  In the US a procession is usually led by two police on motorcycles, followed by a cavalcade of vehicles with the hearse at the tail end followed by two more police on motorcycles.  It’s common courtesy and tradition (if not illegal to not do so) to pull over to the side of the road and wait for the procession to pass completely, before continuing down the road.  By comparison, traffic on the road around the procession here in Singapore couldn’t have cared less from what I saw.  One vehicle almost ran over some of the people walking while quickly turning onto a side road.