The following is a main outline for a speech I wrote for my Speech Foundations class.  The information presented is true and includes a works cited section at the end of the blog post.  However, the information was presented in a fictional setting, with myself as a Professor of History at UGA speaking at the Jazz Education Network annual conference, which is a real conference.  Three other people presented speeches on the social impact of Jazz, besides myself.  The first person talked about the birth of Jazz in New Orleans.  The second person talked about the Harlem Renaissance.  I gave my speech, and then the last person spoke about how Jazz has spread to other countries, and about how it’s empowering.  The purpose of the assignment was to determine our ability to give an informative speech, but I’m glad I had the opportunity to do this research and presentation.  It gave me a new appreciation of Jazz music.

At the top of the speech text I’ve embedded the PowerPoint slides I used during my presentation.  Cues for changing the slides are in the text.  I hope you enjoy reading this as much as I enjoyed learning and speaking about it.

Title:  The Effects of “Strange Fruit”

Speaker:  Professor of US History, University of Georgia

Thesis Statement:  The Jazz song, Strange Fruit, played an important role in raising public awareness regarding the horrors of lynching and the necessity of ensuring civil rights.

1)      Attention Getter:  In 2009, a group of Caucasian and Latino firemen sued New Haven, Connecticut, for racial discrimination when a promotion test was thrown out, simply because no African Americans were able to pass (Tedford).  The fight to find equality between the races is far from over, but these days conflicts are usually resolved in court.  That wasn’t always the case.  There was a time when the answer to race conflict usually ended with a public lynching.  (slide 2)

2)      Establishment of Ethos:  As a professor of American history, I have been studying and teaching civil rights issues and how they have affected US History for almost 10 years.  What I’ve discovered is that…

a)      Despite efforts and progress made during Reconstruction, racism increased dramatically, to the point it became publically acceptable and a source of pride among Caucasians.

b)      Racial tensions were running so high that Billie Holiday didn’t even want to sing “Strange Fruit” initially, but after agreeing, it became a huge success.

c)       Billie Holiday’s song, “Strange Fruit”, became an important reminder to the public of the horrors of lynching and a reminder to African Americans of what they were fighting against.

(Transition:  (Open image of lynching).  To get an idea of the social climate when “Strange Fruit” was first sung, let’s take a look at this photo of a lynching.)

1)      If you look at this photo, you can see how widespread and publically acceptable it was to lynch African Americans during the years following Reconstruction.  If you look closely, (point to man pointing at bodies) you can see that for many people, it was even a source of pride.  This man definitely wants his peers to know he approves of what’s being done.  After the Reconstruction Era, race relations quickly degraded.  Gone With the Wind, first published in 1936 and often considered one of the best books ever written (Loewen 144), even “suggests that slavery was an ideal social structure whose passing is to be lamented” (Loewen 137).  (slide 3)  A passage from that book reads:  “The former field hands found themselves suddenly elevated to the seats of the mighty.  There they conducted themselves as creatures of small intelligence might naturally be expected to do.  Like monkeys or small children turned loose among treasured objects whose value is beyond their comprehension, they ran wild – either from perverse pleasure in destruction or simply because of their ignorance” (Loewen 144).  (slide 4, I added this after writing the speech, at the last minute, and spoke about how lynching was so publically acceptable that it developed into an industry like modern day tourism) With so much positive social reinforcement for keeping blacks in their ‘place’, is it any wonder that whites engaged in lynching or that they were in fact proud of their participation, even posing in lynching photos like this one?

2)      A picture very much like the one above prompted Abel Meeropol, a Jewish schoolteacher from the Bronx, to write “Strange Fruit”, which was originally a poem (Strange Fruit: The Film).  (Pass out lyrics to class).  Billie Holiday was first approached to sing the song while working at an establishment called Café Society.  When she read the lyrics, she was reluctant to commit to singing it. (slide 5, emphasize the climate of fear in the late 30s)  She later said, “I was scared that people would hate it” (White 49-50).  The café manager, Barney Josephson, insisted that she perform the song and turned it into a dramatic production.  When she sang, all service would stop and the lights would be turned off, with only a spotlight on Billie’s face.  Josephson said, “People had to remember Strange Fruit, get their insides burned with it” (White 50).  People did remember it.

3)      “Strange Fruit” climbed to #16 (Kolodzey) on the US Billboard Chart and, according to a PBS documentary, “made it impossible for white Americans and politicians to continue to ignore the Southern campaign of racist terror” (Strange Fruit: The Film).  According to Caryl Phillips, who wrote a stage play called “Strange Fruit”, based on themes in Billie Holiday’s song, “Those who heard “Strange Fruit” in the late 30s were shocked, for the true barbarity of southern violence was generally only discussed in black newspapers.  To be introduced to such realities by a song was unprecedented…” (Phillips).  What was truly revolutionary about this song was that it broke the traditional role of the café singer, which was to entertain (Phillips).  Instead, Billie Holiday was able to use this song to promote an idea to her audience, to educate them and leave them unable, as PBS said, to ignore the problems of racism.  Because of its high popularity, “Strange Fruit” is credited with a major role in increasing Caucasian social awareness of the fledgling civil rights movement (Kolodzey).  When she performed the song for an African American audience at the Apollo, the end of her song was followed by a moment of heavy silence and then a rustling noise as 2000 African American patrons collectively sighed, perhaps after mentally reliving horrors in their minds that they had themselves witnessed (White 55).  To Billie herself, the song came to symbolize “all the cruelties, all the deaths, from the quick snap of the neck to the slow dying from all kinds of starvation” (White 55).

(Slide 6, Play video. Note: Video doesn’t work in the embedded slideshow, so I’ve inserted it below)

1)      (slide 7)  Music is powerful.  Billie Holiday’s use of “Strange Fruit” to excite the public imagination regarding the horrors of lynching and the need for equality prove that.  In an atmosphere of fear, she was brave enough to sing it.  Because of her passion, she turned it into a powerful call to action that affected Caucasian Americans across the country.

2)     So, when you think of Billie Holiday, don’t just remember her for being an entertainer.  Remember her for using Jazz music as a platform for promoting the necessity of one of the greatest accomplishments in our nation’s history, the establishment of civil rights. 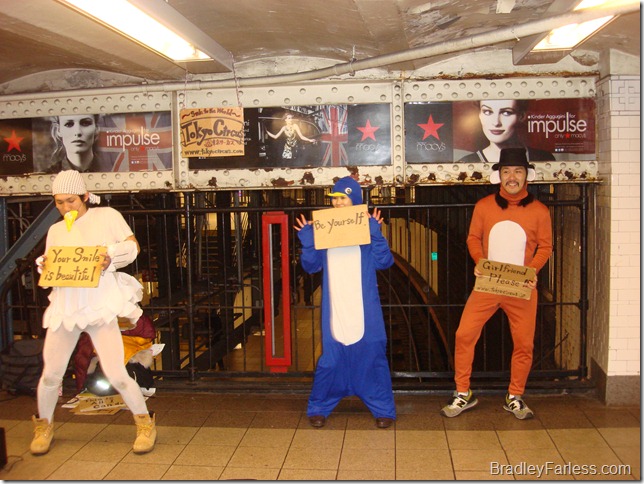 A night or two ago I was on the express train, either the 4 or 5 (they run the same track), heading to Union Square, and this guy announced that he was going to give us a performance.  He reached into a plastic bag on the floor and turned on his radio.  Then he did some gymnastics and dancing using the bars in the train that you’re meant to hold onto.  I was a bit worried that he might accidentally kick someone in the head, maybe me since I was sitting so close.  He pulled it off without incident though, and it was definitely entertaining after a long day, so when he asked for a handout afterwards, quite a few people gave him some change.  I gave him a dollar.

I never hand out money to beggars, because it annoys me and there are plenty of social programs to help them get a job, but I don’t mind handing out a little cash to someone that’s working for it, even if it’s just a minute long show on a subway train.

I just came across a post on Tokyo Mango about the Yoshida Brothers, a pair of actual brothers in their early 30s who play their shamisens (basically a Japanese guitar) in a duo.  They’re from Hokkaido but they’re pretty popular in the US and are currently doing a tour that will end in San Francisco and LA this week.

The post included a video, which I watched and enjoyed:

The first thing that came to mind when they started playing was Dueling Banjos.  I’m sure pretty much everyone is familiar with this famous scene from Deliverance.  If you’re not, the film is kinda boring overall, but the few parts that are … exciting… will more than make up for it.  It’s a classic.  Check it out and you’ll finally know why everyone talks about having ‘purty lips’ and squealing like a pig. 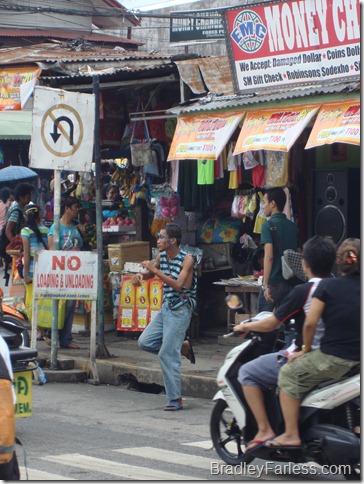 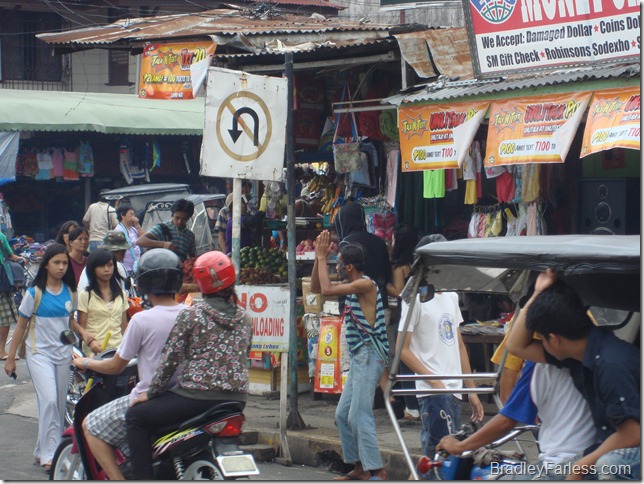 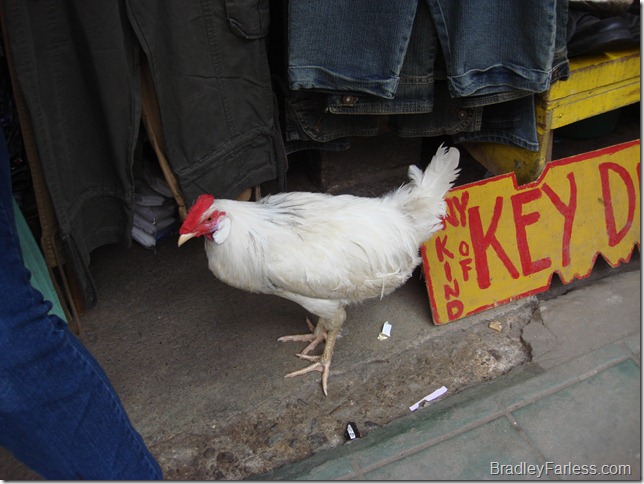 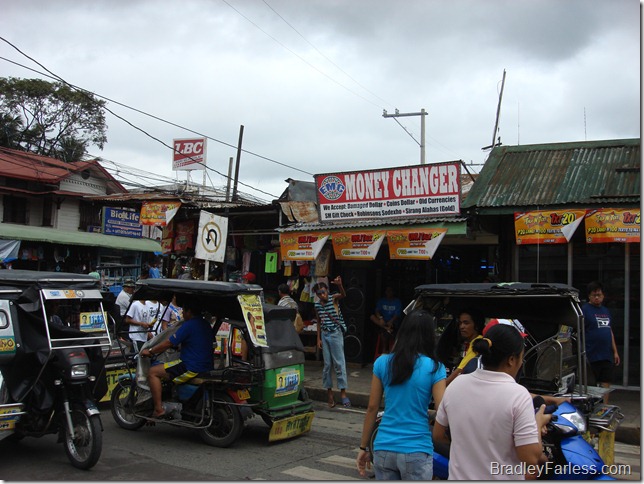