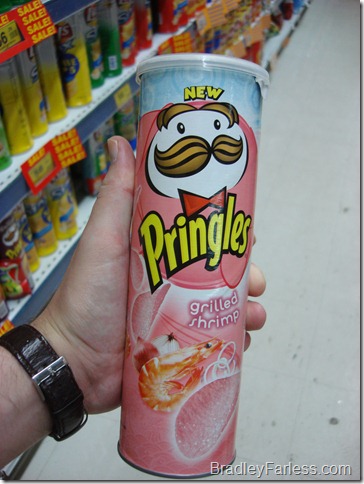 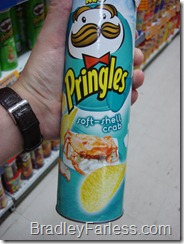 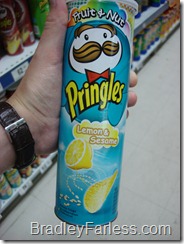 Before moving to Singapore I’d never heard of a particularly vulgar fruit called “durian”.  It is sometimes referred to as the “king of fruits”, though how it can even be considered a fruit, let alone the king, is far beyond me.

The first time I encountered durian was when I was still around the corner from it.  The most odious smell assaulted my nose and I stopped, near gagging.  It smelled like a whole truck load of rotting eggs had been left to sit in the sun.  I later found out that this more than unpleasant odor is typical of this offensive fruit.  In fact, the smell is so bad that it’s actually illegal to bring them onto public transportation in Singapore.

The above sign is found on public transportation in Singapore.  (Image courtesy of Ich bin ein Ausländer).

The taste of these things isn’t much better than the smell.  The smell alone had kept me from even thinking of trying them.  I mean, how do you put something in your mouth if just the smell of it makes your stomach clench?  So, I’d kept an eye on them from afar, typically afar enough way so that I didn’t have to smell them either.

One fortunate but also unfortunate night (I say that because it was my wedding night), I gleefully grabbed desserts from a buffet and sat down to stuff my face.  I bit half of a little pastry into my mouth and thought I’d eaten something that had gone bad.  Just as quickly as I had bit into the pastry, I spit out a wad of horrid stuff into a napkin and, as discretely as I could, folded it up and placed it on an empty plate that was ready to be cleared.  I had accidentally bitten into a durian puff pastry.

Ever since then I’ve faithfully steered clear of durian.  Until last night that is.  We were in the kitchen cooking dinner when the maid dropped in and handed us two wrapped candies.  She invited us to try them.  I poked it and pondered it for a bit and then asked her what it was.  It didn’t have any real name on the label, or any list of ingredients.

So, we carefully unwrapped them and looked them over once more.  My wife sniffed at it and she made a weird face.

“Is this durian?” she asked.  But the maid simply assured her that it was good and urged her to try it.

And, try it we did.  She said, “I think this is durian!”  I might have said something too if I weren’t trying to keep from puking in my mouth.  I quickly spit my “candy” back into the wrapper and dropped it in the trash.

The candy was gone, but the taste remained.  It was so much stronger and more unpleasant than the taste of the durian puff I had accidentally bitten into.  I had to rinse my mouth and drink Coke to get the taste out of my mouth, and even after that I could still taste it faintly.  It lingered there, on our tongues and cheeks, like a hot fart lingers in damp underwear.

I hope I never have to taste that wretched fruit again!