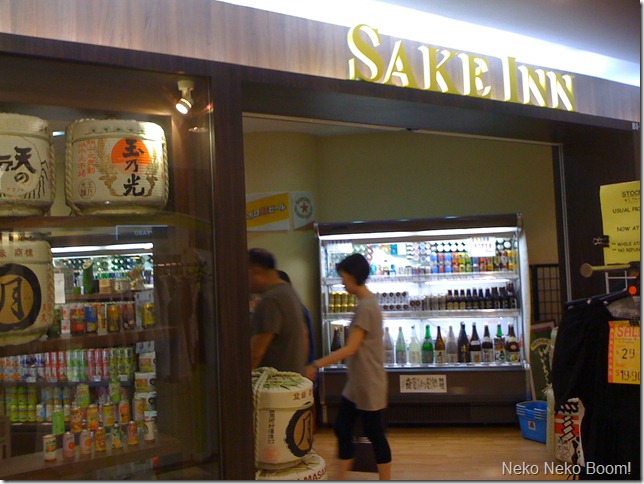 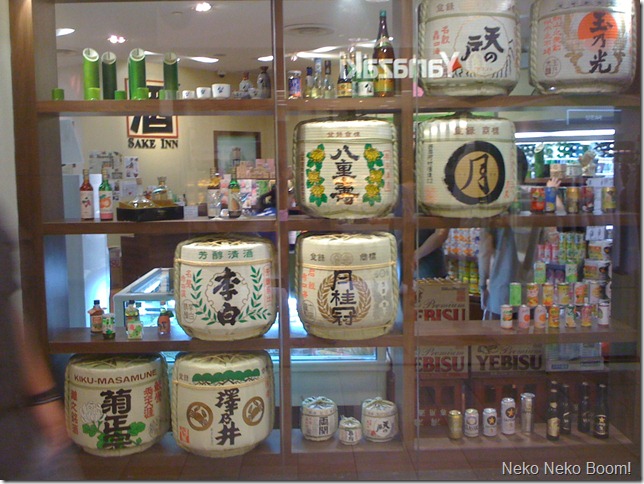 Ok, so one of them isn’t really a juice drink, but I love coffee so I couldn’t resist picking one up.  I bought these at a shop in Singapore that specialized in Japanese canned drinks and sake.  They were on a 10 for 10 SGD sale so I figured, why not?

They were all pretty good, but I liked the Grape and Apple the best, probably because they’re the flavors of juice that I grew up drinking in the US.  The only one I actually didn’t care for too much was the Grapefruit juice.  It was a bit rough.  I think I could’ve used it to remove paint from the walls.  I’ve never liked grapefruit too much though.  When I used to eat it at my grandmother’s house I’d have to douse it in sugar to bury that harsh, acidic taste.

Last year in June I purchased a drink at McCafe for the first time.  It was the outlet in Pasir Ris’s White Sands mall.  I ordered a double chocolate frappe and it was the most horrible drink I’d ever had.  It was watery and bland.  It didn’t taste of coffee or chocolate.  It mostly just tasted of ice.  The best part of the drink was the whipped cream on top.

Well, maybe it was the outlet or maybe things have improved with the quality of their drinks.  Lately, while waiting to catch a movie at Downtown East, my wife have been getting drinks and sitting in the McCafe there to chat, read and kill time.  When I go there I get an iced latte.  It’s my favorite ‘fancy’ drink.  Out of the three times I’ve bought that drink there I’ve had two hits and a miss.  The one time the drink wasn’t good was because the girl gave me a glass of iced milk instead of a latte.  Seriously.  You couldn’t tell there was coffee in it at all.  Thankfully, though, when I brought it to their attention they fixed the drink.

Anyhow, the quality of the drinks has gone up.  I guess my original assessment isn’t valid anymore, because I’m loving the fact that I can get reasonably priced coffee there that’s good now.

The presentation is nice too:

A few weeks ago, a guy I communicate with regularly on Twitter asked me if I’d been to McCafe and tried the coffee there.  He’s not much of a coffee drinker but I think I was complaining about Starbucks prices and he mentioned it as an option.  I’d never really considered going to McDonald’s or their McCafe for ‘premium’ coffee before.  I mean, how great could a latte or cappuccino from McDonald’s be?

He was telling me that a lot of his friends go there instead of Starbucks because the prices are cheaper.  I happened to be in the mall at the time (using Twitter on my phone) so I stopped by the McCafe there to have a look for myself.  I wasn’t impressed.

I’m not sure if this is another case of Singapore overpricing anything that even hints at being a luxury item, or if it’s simply a matter of currency conversion and the fact that this is an imported item.  Either way, the prices didn’t seem too much different from what I could find at a Starbucks here, so I kept going.

Yesterday I decided I might as well give it a shot.  I wanted something cold and coffee-like, and I happened to be by this same McCafe in White Sands Shopping Mall in Pasir Ris, so I walked up to the counter and ordered their “double chocolate frappe”.  Ok, so that’s not exactly a coffee drink, but it should still have some coffee in it.

The presentation was nice.  It certainly looked good:

So, it was time for the real test.  The taste test.  I took a sip through the straw and… fail.  It was watery tasting.  Even if it had a low coffee content it should have still tasted … thick… since it’s a frappe, but what I tasted most was crushed ice.  There were a few pieces of chocolate shavings in the bottom of the cup that were nice, but overall the drink was unsatisfying.  I couldn’t even taste coffee in it.  Is there any coffee in it?  I’m pretty sure that chocolate frappes from Starbucks have espresso in them.  Maybe I set my standards too high.  I was hoping for something like this McCafe in Italy.  Nonetheless, that’s the last time I’ll be going to McCafe for fancy coffee drinks.  I’ll stick with Coffee Bean or Starbucks when I get that urge.  Still, though, the best coffee I’ve had so far from a restaurant is the plain old Kopi O from the hawkers.

I’ll have to try to get out more and find some real premium coffee shops.