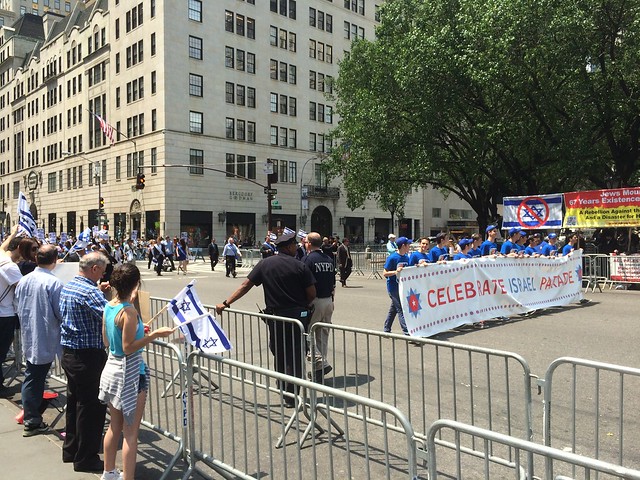 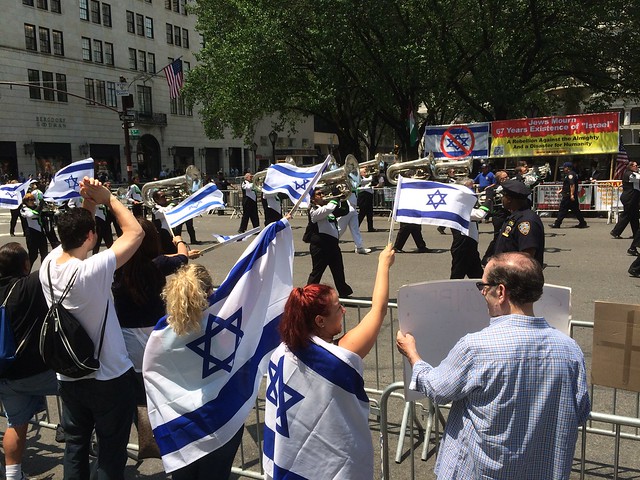 When I mentioned that we went to see the Philippines Day Parade, I noted that the Israel Day Parade was on a different day this year. We did go see that too, but I didn’t say much about it because we didn’t stay that long. I like the idea of the Celebrate Israel parade because I like the idea of Israel as a country and what it’s trying to stand for. I don’t necessarily agree with all of the policies the country has, but then again I don’t agree with a lot of what the US does either. But I like the fundamental ideas of equality, freedom, and democracy that Israel is working towards. I won’t go into the rightness or wrongness of the establishment of the state within its current borders and boundaries, but denying that an Israeli nationality exists is just silly, and because my wife and I like and support Israel as a state, and for what it’s trying to do, we went to see the Celebrate Israel Parade last May 31st. 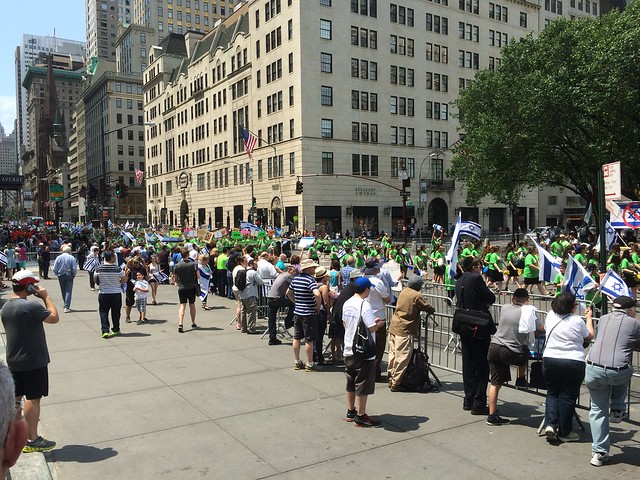 What I don’t like about the parade is how generally unexciting it is. On the one hand, it’s cool to see all of the Jewish community and religious groups, but generally the parade is just people walking down the street in matching T-shirts, usually holding a sign saying what group they’re representing. Maybe I’m numbed to the simple pleasure of that sort of thing, but in New York City, when there are LGBT parades, the Puerto Rican Day Parade, the Macy’s Day Parade, floats and brass bands and actors and singers in attendance with accompanying conerts in the street, well, this one just sort of pales in comparison. There are plenty of valid reasons and justifications. It’s hard to live up to corporate-funded hype, but one can only stand in the sun watching people walk down the street for so long before it gets boring. 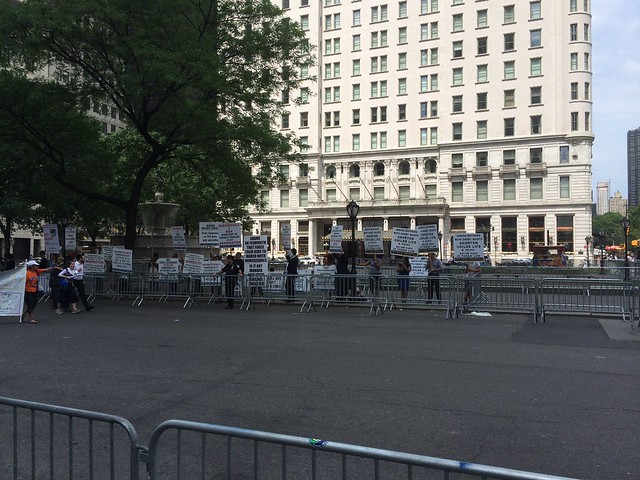 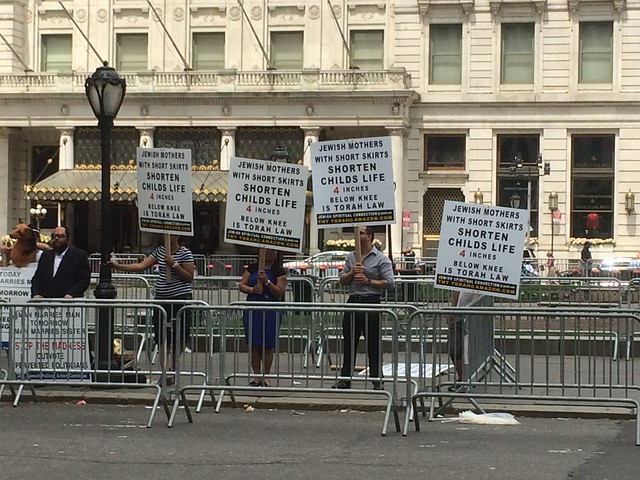 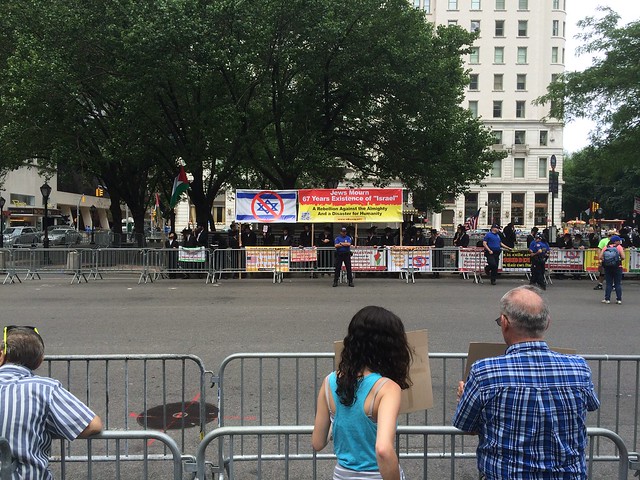 I’d say the most interesting part of the parade this year was the protest and the counter protest between 58th and 59th streets, on 5th avenue, flanking the parade route. The protesters sectioned off into a coral, created with crowd control barriers. One group was composed of the chassidic Jewish guys that think Israel and its creation is an affront to God. Basically, they think Israel should not have been re-established as a state until the moshiach (messiah) returns. They had signs with wording that pretended they spoke for authentic or true Judaism, as if they hold a monopoly on Jewish religion and everyone else is just a pretender. The lie was put to their claims as thousands of Jews marched by celebrating the existence of Israel. The other group was, I assume, a traditional orthodox (as opposed to modern orthodox) group that had signs condemning homosexuality and women wearing skirts that are shorter than 6 inches below the knee. The irony is that one of the women holding the sign with that wording had a skirt on that was too short according to her own standard.

As the marchers walked by, many would veer off towards that side of the road and read what was on the signs. Watching their reactions was incredibly interesting. Some cheered louder, some laughed and ignored the signs, some made angry comments or gestures towards the protesters. The chassidic guys mostly stood there praying or making a pointing down “shame shame” gesture. The other group of protesters mostly just stood there, holding their signs and smiling stupidly. When women in shorts came by, or the LGBT Jewish group came by, they cheered louder. Some of the LGBT group members, if I recall right, stopped and waved their own signs in front of the protesters. Some of the signs were really too much. The ones the protesters had. A lot of the marchers were children and I wondered what sort of effect those slogans and messages might have on them. I get that protest and free speech should be protected, but the combativeness and ugliness of it has to effect those kids in a negative way.

One of the chassidic protesters crossed the street to where regular viewers of the parade were standing. A group of angry Jewish women chased him away.

At one point, someone came and handed me some newspaper that at first looked innocuous, but on closer inspection was Christian propaganda that spoke about blood, fire, and death. It was wholly inappropriate. What sort of jerk shows up at someone’s celebration of their cultural, national and religious heritage and tries to denigrate it through proselytizing?

We stayed about an hour and then met up with two friends and walked over to Bloomingdale’s to have frozen yogurt in their cafe, 40 Carrots. I hadn’t been there in a few years, since I did seasonal employment at Bloomingdale’s in 2010. If you’ve never been, their frozen yogurt is amazing! If you’re in that part of town, it’s worth stopping there to get some.

A slideshow of more photos from the parade: