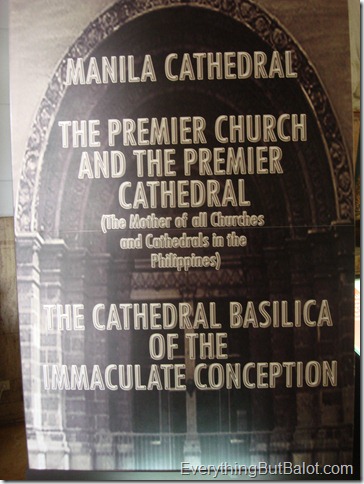 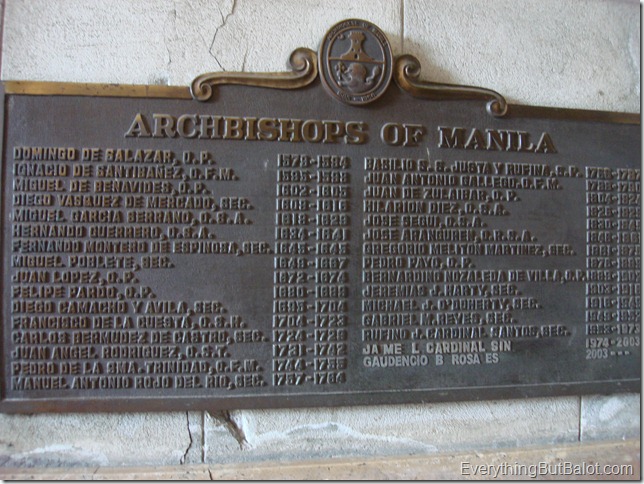 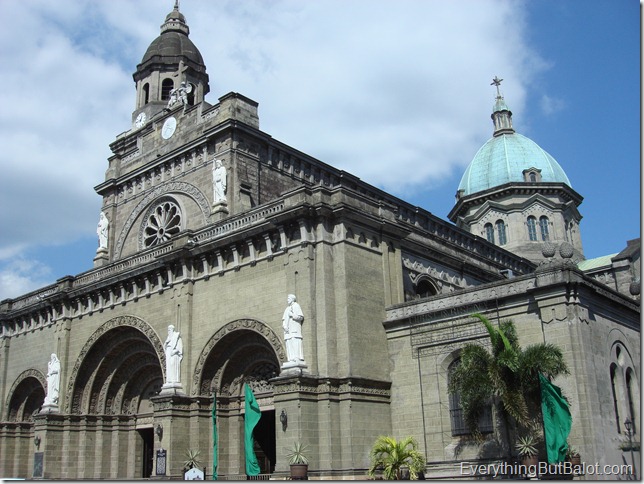 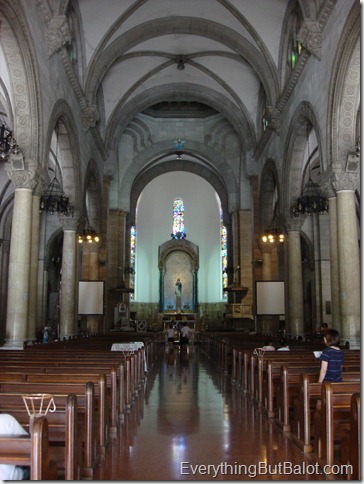 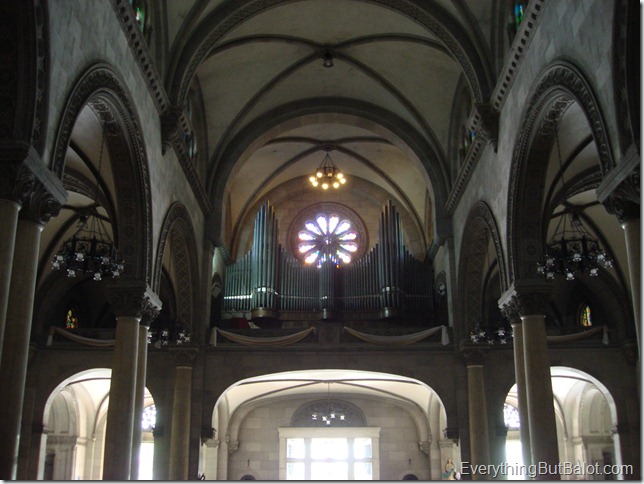 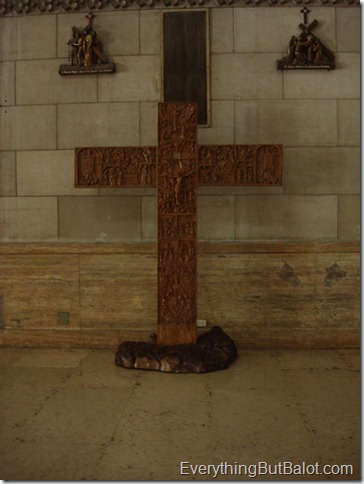 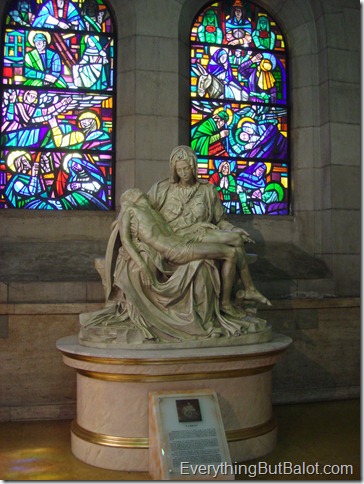 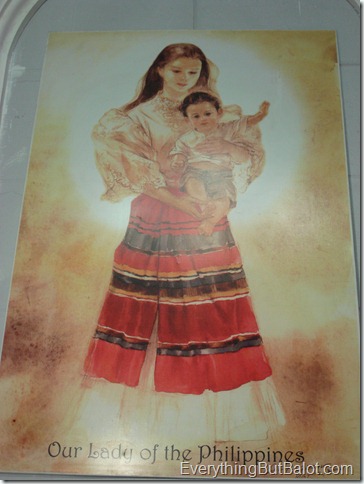 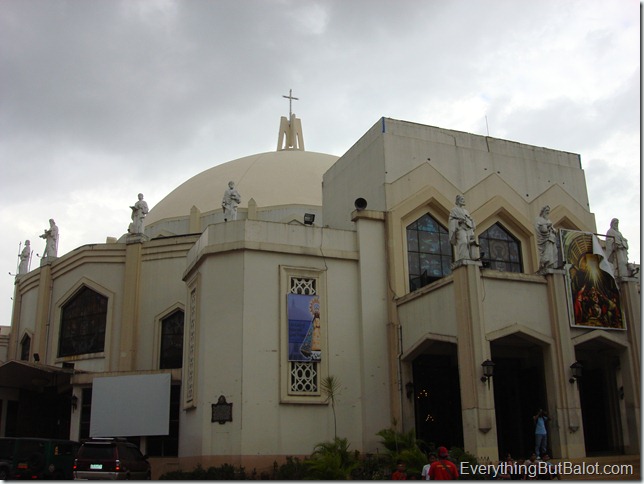 I’m not sure if this cathedral is actually the center of town, but it certainly feels like it for me.  It’s where we usually get off the tricycle when riding into town from our neighborhood.  We catch the FX to Manila nearby.  The town hall is within sight of the front steps and the area is often host to a number of local celebrations and events like this ballroom style dancing that I saw and recorded a bit of in 2008: 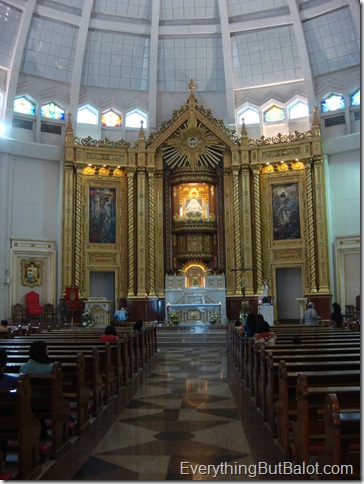 The main cathedral is simple, by Catholic standards at least (compared to St. Patrick’s Cathedral in New York City), but it still manages to convey a majestic, reverent atmosphere that reminded me to remove my cap when I passed through the doors. 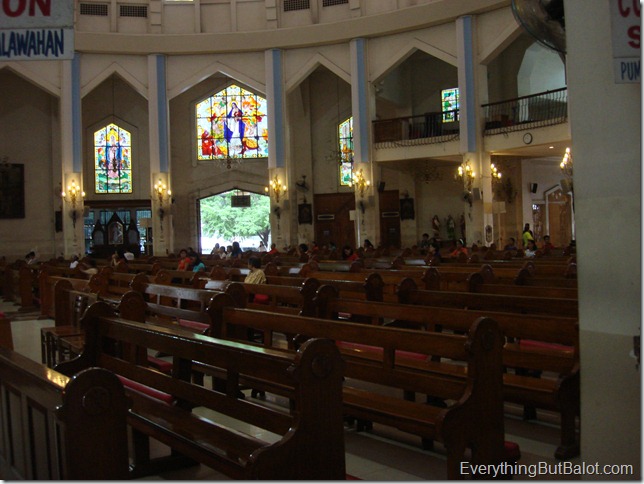 The pews inside are occupied by quite a few people at any given time of the day, but it’s especially jam packed on Saturday nights when mass is held. 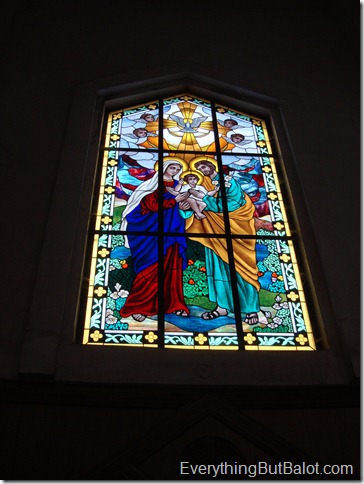 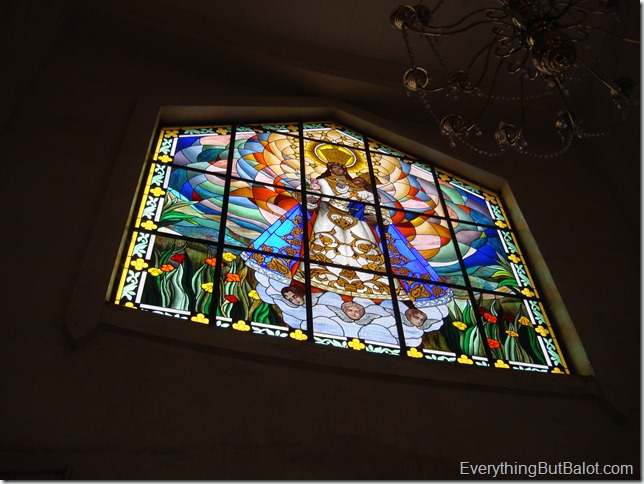 These are some photos of the stained glass windows in the cathedral area. 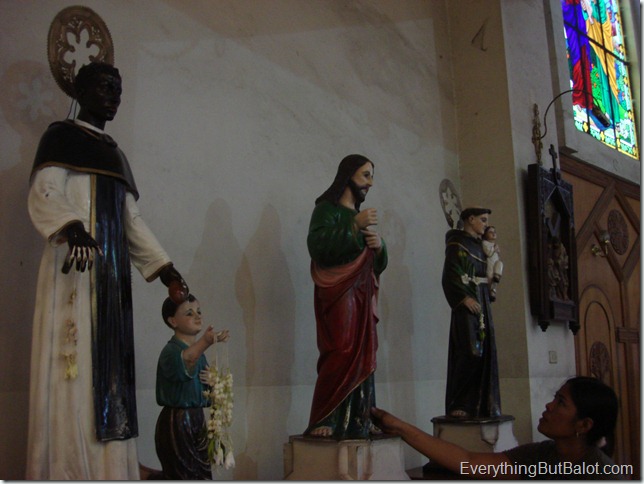 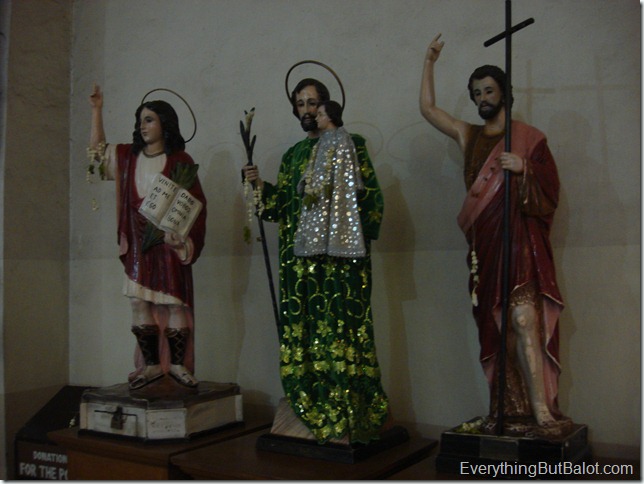 And these are some of the statues of saints that are arrayed around the outer wall of the main chamber.  In the first image, you can see a woman laying her hand on one of the statues and praying. 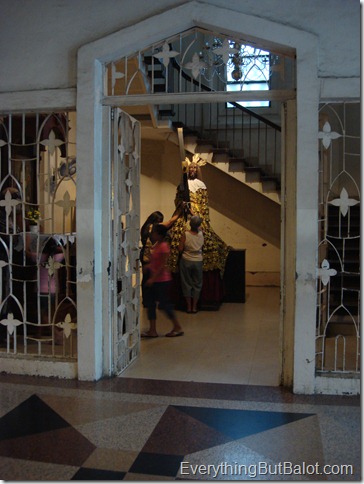 This is a very stylistic interpretation of Jesus carrying the cross, which people are laying hands on while offering prayers. 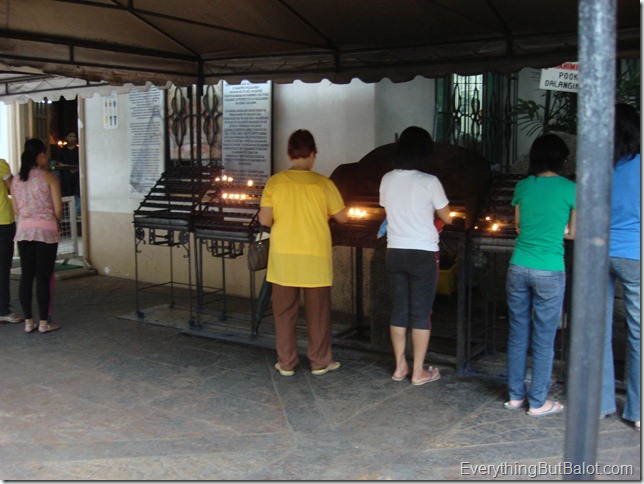 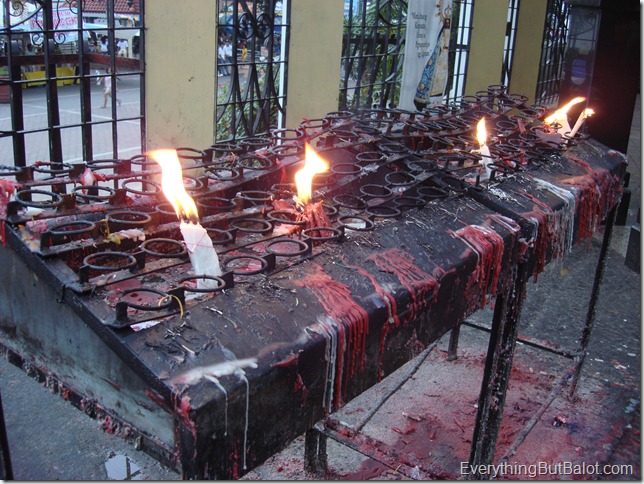 There are also areas where candles are lit.  I don’t understand the exact significance of these candles, except that they’re meant as symbolic offerings.  I suppose they’re used to ensure that the person’s prayers are heard?

This cathedral is known particularly as a place for travelers to pray for safe journey.  I was told by my wife, who grew up in the area, that it’s common for people to make a ‘pilgrimage’ there before embarking on international trips to pray for safety.

The thing I found most peculiar about the cathedral is this sign: 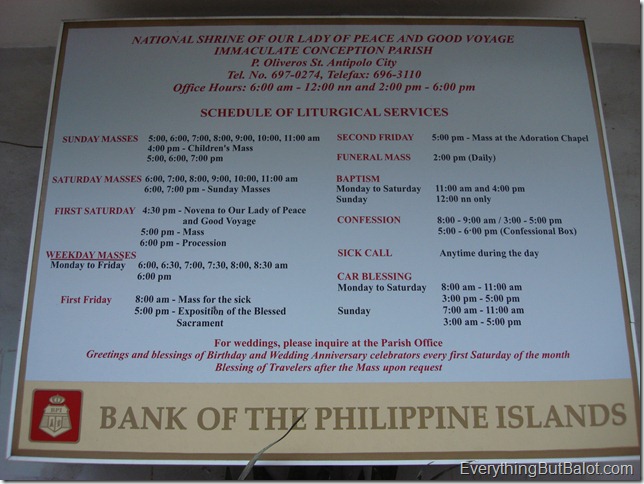 If you look towards the bottom right you’ll notice that there are services for car blessings.  My wife says that during this service the priest will sprinkle holy water on the car as a blessing against accidents.  Call me cynical, but this immediately brought to mind a time when the Catholic church would sell a blessing or an indulgence for just about anything, if you could pay the right price, especially with the name and logo of a bank at the bottom of the sign. 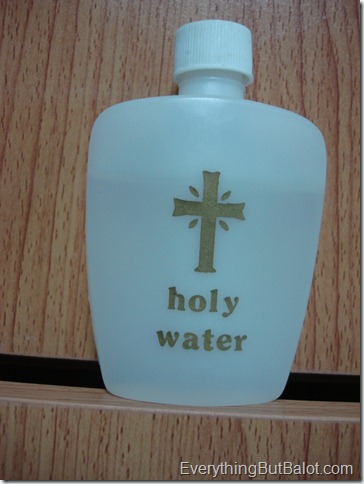