The last thing we had to eat before leaving Singapore was at Swensen’s, which is an odd circumstance since I vowed never to eat there again about a month after reaching Singapore.  Well, it was Swenson’s at Tampines, but you get the idea.  We’d received some horrible service with our dishes showing up more than 20 minutes apart from each other and the waiter never returning to take our drink order.

Unfortunately, there’s not a whole lot open at 2:30 AM at Changi, so our choices were pretty limited.  When we saw the sign saying that Swensen’s was on the lower level and was open 24 hours a day, we resigned ourselves to another potentially disastrous experience for the sake of filling our bellies.

I wasn’t disappointed with the meal this time, though it was nothing to get excited about either. 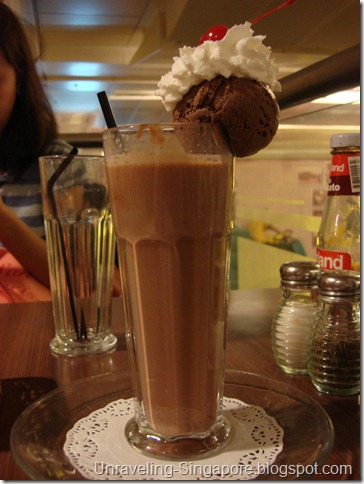 I was a little surprised when this showed up at the table.  I’d ordered a chocolate soda, but I didn’t think it would come with a big ball of chocolate ice cream on top.  In the US there’s a fast food place called Sonic’s (I think that’s the one) where you can order flavored Cokes.  Just out of curiosity I ordered a chocolate Coke one day and it wasn’t bad, but it was just Coke with chocolate syrup mixed in.  I had expected the same thing here. 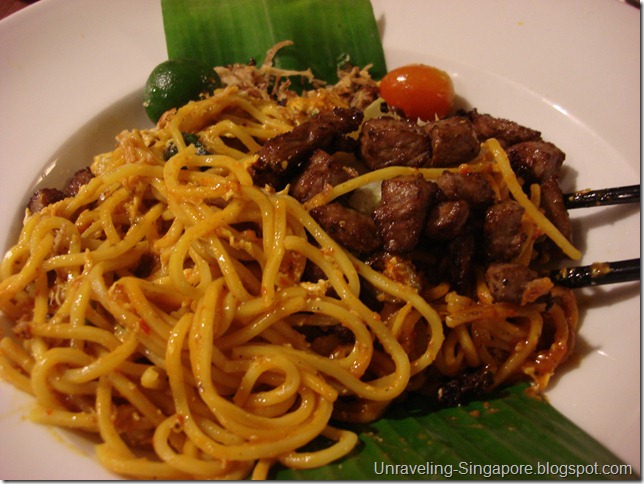 Mee goreng is something I came to love about Singapore’s food scene.  That and nasi goreng.  Well, I gained an appreciation for a lot of foods that come from the Muslim and Indian Muslim food stalls.  Swensen’s version of mee goreng isn’t too bad.  The beef was very tender, the tomatoes were flavorful, but overall the dish seemed to be lacking something.  Maybe they add a lot of MSG at the hawker stalls? 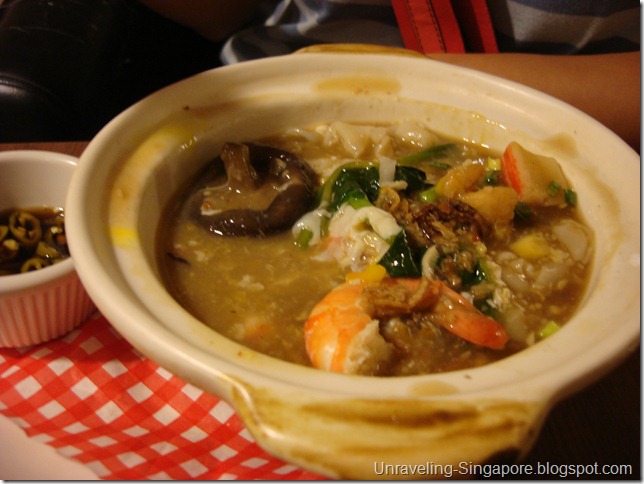 My wife went with the seafood kway teow.  She said it was a good choice.  The soup was thicker, tastier and more filling than the usual hawker fare.  I kinda wish I’d ordered one of these too.

So, Swensen’s managed to redeem themselves, literally at the last minute.