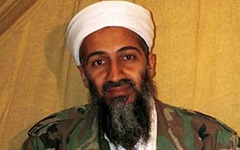 As much as I try, I just can’t seem to make the moment I saw the news about bin Laden being dead feel the same way it did when I saw the WTC collapsing on September 11th, back in 2001.  I think the reason is that it just doesn’t mean as much.  The collapse of the World Trade Centers and the resulting deaths, the toll of which is still climbing from inhalation of toxic materials by workers, was a momentous event that launched this country into what has become a decade of constant warfare, draining our economy and polarizing world opinions of Muslims and Americans.  What has Osama’s death accomplished now, so many years after the fact?  Just about nothing.

You see, it’s too late.  The damage has already been done.  I saw a quote on a news site saying that killing Osama is like cutting the head off of a snake, but Al Qaeda isn’t a snake.  It’s a world-wide network of terrorist groups, like minded individuals in groups that can work independently of any leadership.  The death of Osama bin Laden is only a fire that will cause their feelings of hatred toward the United States, and other Western countries, burn that much brighter.  I don’t think they were doing what they’re doing just to get a pat on the back from big brother Osama after all.  This is a war of ideologies that won’t end until everyone who believes in radical Islam is killed.  I don’t think that’s likely to happen any time soon.  You might say that Osama was financially backing the terrorists, or at least some of them, but how expensive is a home made pipe bomb to make?  Not very.  How expensive is it to purchase a firearm and then shoot up a military base like that knucklehead at Fort Hood?  Not very.

Without going down the road of questioning whether or not the story itself is even real, I just don’t see the point.  People are getting excited about Osama’s death, and I guess there is some relief or sense of justice for people who have had family members die in acts of terrorism that he claimed responsibility for, but in the grander scheme of things, this changes nothing.  Radical Islam still has a mission, and that mission is the destruction of Western Society, by any means necessary, to establish a global caliphate under Islamic rule.  Rather than going out and celebrating, we should be buckling down to make sure we’re ready for any backlash that this event may cause, especially now that we (the US) has further soured relations with Pakistan by operating behind the government’s back.  They are a nuclear power after all.

i still think its a conspiracy theory. this supposed “victory” happening at a time where obama's bc is questioned for authenticity and his hinting for a reelection bid just seem all too “coincidental” dont you think?

There's been speculation that it was an execution mission, non-capture. Too much trouble otherwise, with a trial and security.

I agree, Ron. Despite what the guy did, he was executed in cold blood, without a trial. I don't believe they couldn't have taken him alive. I, too, think this should be a more somber event.

I wouldn't worry too much about Pakistan. That freaking double agent is up a creek without a paddle now. Bin Laden was their trump card. The US won't need to bribe them a billion dollars a year anymore as a retainer for their cooperation. Also, Pakistan won't have the US to back them up against India. And I don't think Osama's execution should be celebrated as most of the crowds shown on news. It should be somber.