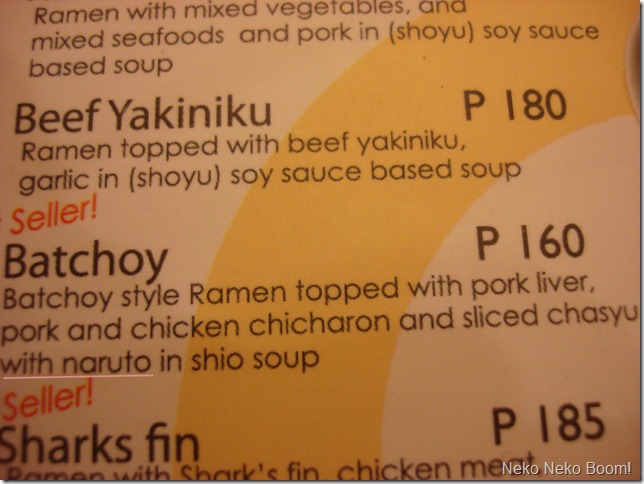 If you look at the red underlined portion under the menu item ‘Batchoy’ you’ll see that the ramen includes ‘naruto’.  I don’t watch Naruto but I was really amused when I saw this.  I was wondering if it was a typo or if there actually is something called ‘naruto’.  Well, turns out that naruto is a type of kamaboko, which has the following definition on Wikipedia:

Kamaboko|蒲鉾 is a type of cured surimi, a Japanese processed seafood product, in which various white fish are pureed, combined with additives such as MSG, formed into distinctive loaves, and then steamed until fully cooked and firm. 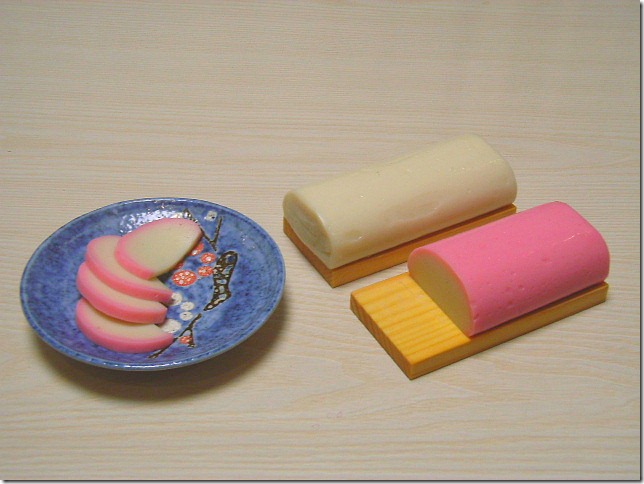 Looks like I’ve eaten naruto quite a few times without even realizing it!

One other thing I thought worth mentioning is that there’s also a town called Naruto on the eastern end of the island of Shikoku in Japan.