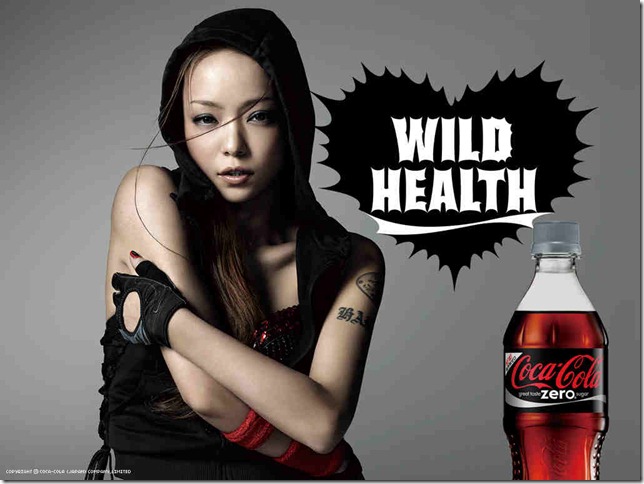 Once known as the “Teen Queen” and referred to as the “Queen of Japanese Pop Music”, Amuro Namie is a singer, entertainer and former actress.  She started out young, debuting as an idol in a group called the Super Monkey’s (that’s a fun name!) at the age of 14.  She’s one of the longest surviving popular female acts in Japan and is the only female artist to have had a Top 10 single each year for 14 years straight.  Not bad!

I’m just getting into the whole J-pop thing.  My experiences with Japanese culture have been restricted mostly to anime, manga, some history courses and video games, so I wasn’t familiar with her work.  I did recognize her name though.

I first found out about this ad campaign here in the Philippines when I saw a poster (pictured below) hanging up while waiting for a ride back to my neighborhood. 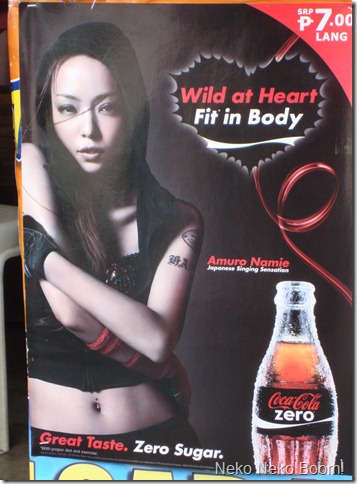 And here’s the corresponding TV commercial, though it looks this one ran in Japan rather than here in the Philippines:

Not bad for a 33 year old woman with a 13 year old son, huh?  Almost makes me want to drink Coke Zero, but I can’t stand the stuff.  I prefer the regular version, which I like to call Fatboy Supreme, because it’ll put some weight on you pretty quick if you’re not careful.

I can’t say I’m too crazy about the song, but if you’re interested, here’s the full HD video of “Wild”, which is what the Coke Zero advertising campaign is based on.

Ya. I need to start recognizing more elements of Japanese culture myself. If I can manage to make it happen at all, when I start college again one of the courses I want to take is about Japanese pop culture.

I saw this ad when i was in Japan. Had that “Get Wild” line stuck in my head for the whole holiday. (I knew i recognised her!) But it's good to increase my knowledge on in so thanks ^^