Last night there was an accident in the Union Square train station that required an ambulance and firefighters to respond.

I first realized there was something going on when I was trying to board the train at a station further uptown on the same line.  An announcement was made in the station saying that the express trains would all be running on local tracks in the area around Union Square.  The express trains left on the usual track, but after leaving the station they switched over the local tracks, which seemed to make the trip take a lot longer.

When the express train pulled up to the local platform in Union Square I made sure to pay attention to where I was stepping.  Sure enough, there was an almost foot long gap between the side of the train car and the platform.  It seemed dangerous. 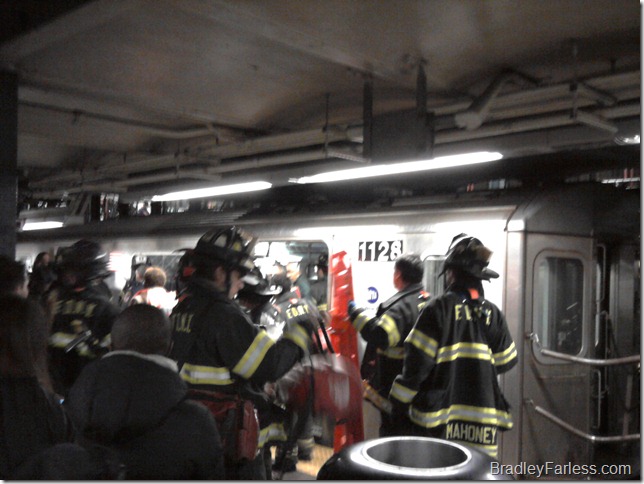 Right across from me there was a train sitting on the track in the center of Union Square station.  It was sectioned off from the rest of the station by yellow tape.  All but one of the stairs heading up to the next level were being sectioned off as well.  The area was also full of firefighters, medics, and, of course, spectators. 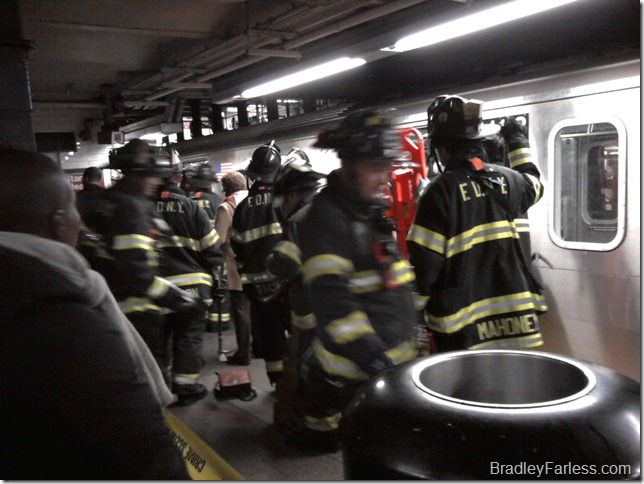 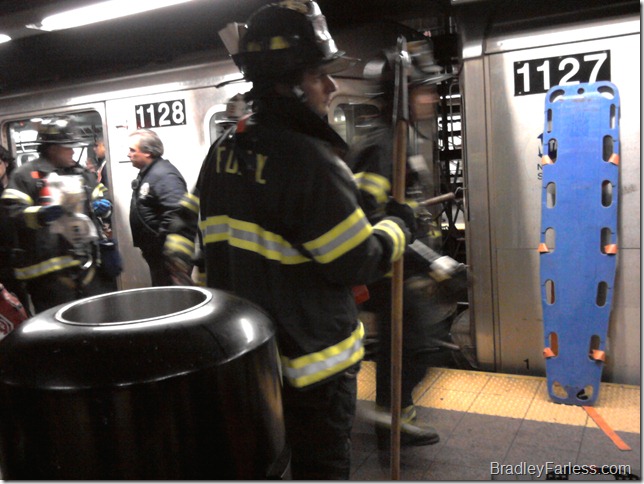 Well, somehow, a guy got ahead of himself and maybe didn’t wait for the platform to move, so he got himself wedged between the train and the platform.  He must have been stuck in there pretty good, too, because they couldn’t just retract the platform.  The firefighters I saw had hooks and crowbars to try to get him out. 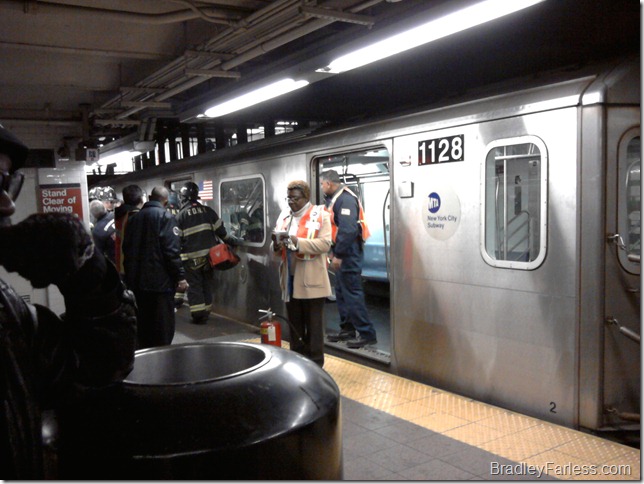 I never saw the guy, but a few minutes after I got to the station, a firefighter told us the guy got out and he was ok.  He had remained conscious the entire time and had been talking to him.  So, everything ended well, but it was a really interesting scene, with the area packed tight with emergency responders and a whole train cordoned off. 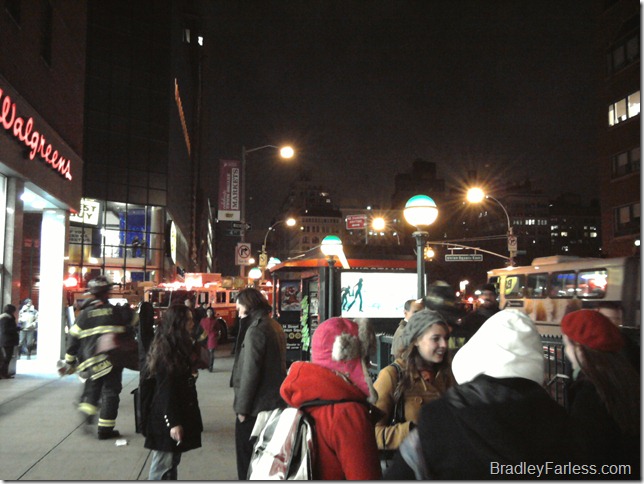 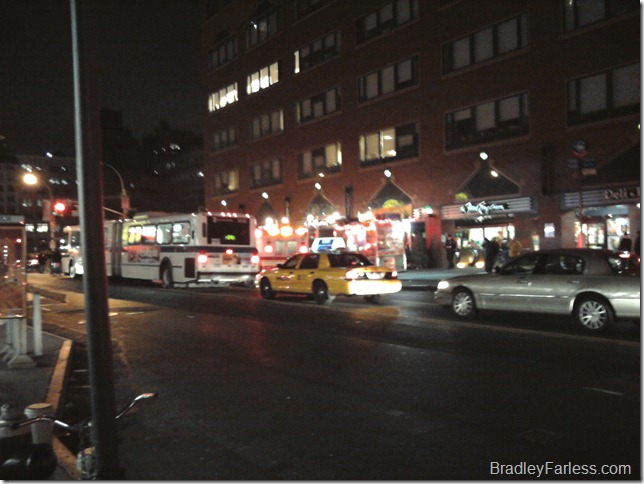 New York City’s subway system is by no means new.  It’s falling apart in a lot of places and the whole thing could use a facelift.  I’m sure you could tell that from the photos.