When I walked out of church last Sunday, there was a van parked along the curb almost directly in front of the doors.  I’m sure that was done on purpose, meant to catch the attention of people exiting the building.  The van had either Nevada or Colorado plates, I can’t remember which for sure, because what caught my attention the most was just how big and… droopy… Lady Liberty’s boobs were depicted in the paint job. 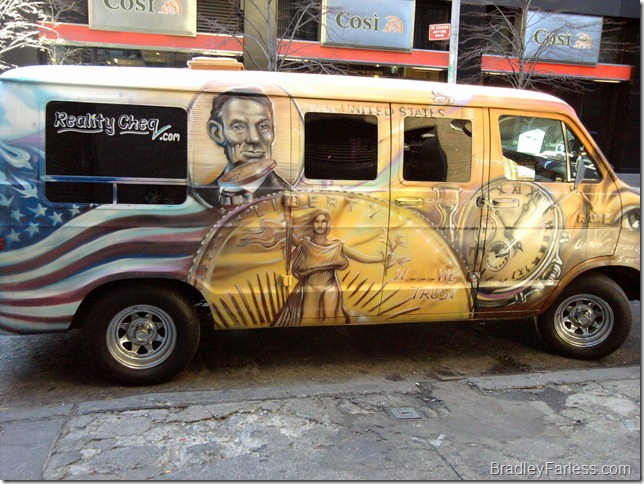 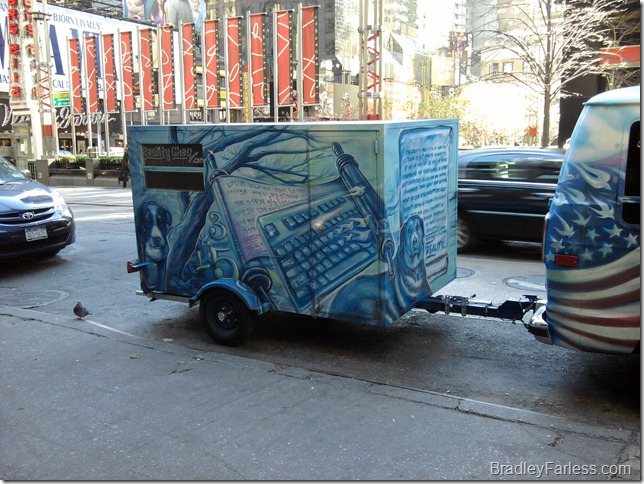 If you look at the coin in the first image, the one with those large and droopy boobs on it, you’ll notice that instead of saying “In God We Trust”, it says “In _ _ _ We Trust”.  I figured that meant this guy’s message was that he had some issue with religion, though I couldn’t quite figure out how dogs, keyboards and Lady Liberty’s boobs fit in with that.  Maybe the thing with the coins is meant to say that people are replacing God with money?

I decided to take some photos and when I got home I looked up the web address on the side of the van.  It leads to a long, rambling web page that starts out like this: 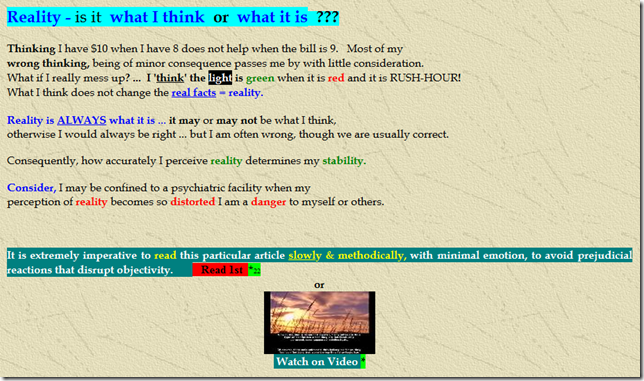 It quickly degenerates into something even less readable, packed with random text colors and highlighting and multiple paragraphs to express an idea that really only needed one sentence.  I got about halfway through it before I literally fell asleep sitting up.  It turns into an argument about how Jesus must be real based on Old Testament Prophecies, and how the politically correct idea of there being good in all religions is the work of Satan.  You know that idea right?  That we’re all worshipping the same God, just in our own ways and we’ll all wind up in the same place?

Like I said, I fell asleep reading it and have no desire to try getting through it again, so I might have missed some screwball ideas in there, but it reminded me of something great about the US.  Most of the time, we can enjoy our Constitutional right to Free Speech, even if no one agrees with us or wants to hear it.

Ya, and men will fight for big breasts just as quickly as for liberty and justice…