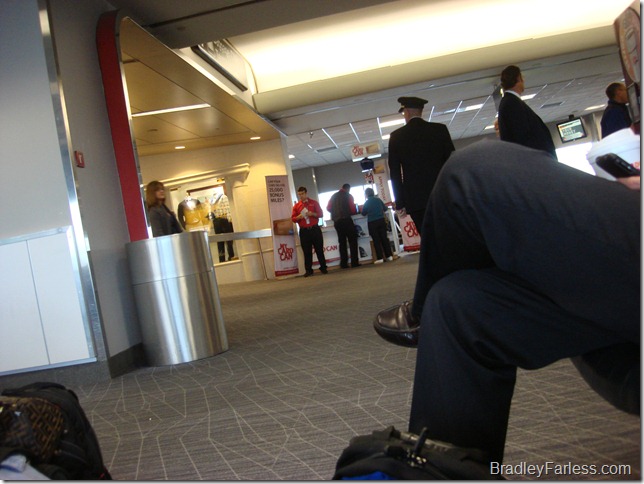 Ya, they're horrible there too, but when it's at the airport and you're worried about making it to the gate and stressed from going through security, it's worse.

Wow. Scamming and rude to boot! Can't believe the nerve the guy has. He probably figures no one will complain about him because they're all traveling onward somewhere and will forget or not bother.

well even at mrt in singapore these kind of people hang out by the steps sometimes to talk you into giving them a few minutes of your time. and worse they usually do it during rush hour. i nearly tripped and landed on my face one time because a guy was waving a flier too close to my face.

Oh man I hate those guys. I remember exiting from international arrivals in LAX and continuing on to my connecting domestic flight. This jerk calls out from a kiosk outside asking if I knew where I had to check-in to. I was like…HUH? He had the white shirt/pressed slacks thing so I thought he was legit until I realized that he was just trying to scam me for who-knows-what. That's when I told him that I was running late and you know what that jackass said to me? Well you should've told me this in the first place! Scum vultures.… Read more »