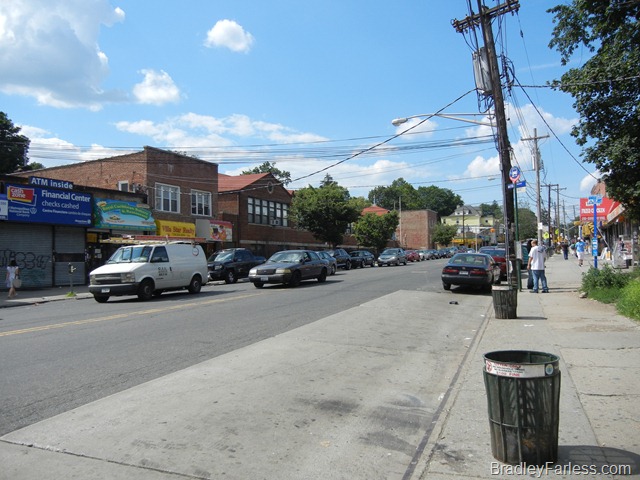 Yesterday I went to a part of New York City that I’ve never seen before to see family members that I’d never met before (that I remember anyway).  I imagine most people in the US are in the same situation.  They know they have relatives in another part of the city, state or country, but they’ve never met them and may not ever meet them.  For me, these relatives are living in the Bronx.  Well, most of them anyway.  Some actually live just a few blocks from where I live in Manhattan, but I don’t know who they are.  For all I know, I’ve passed them in the street.  It’s weird to think about it that way right? 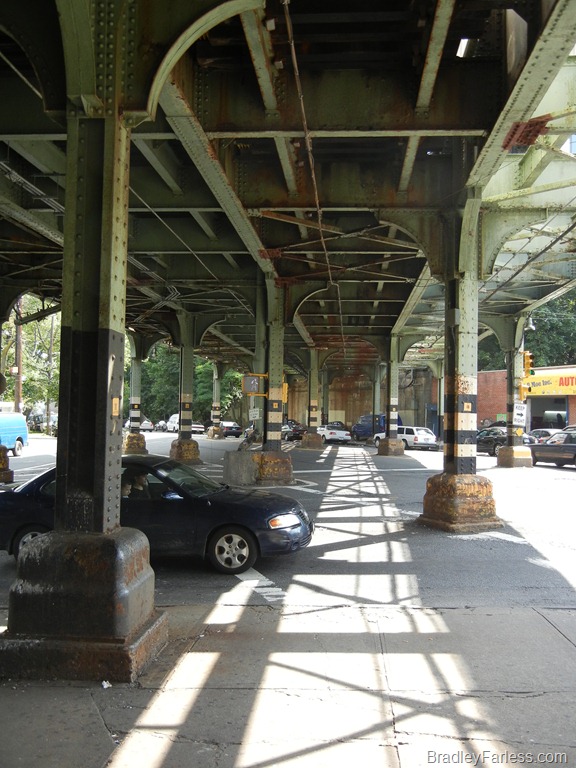 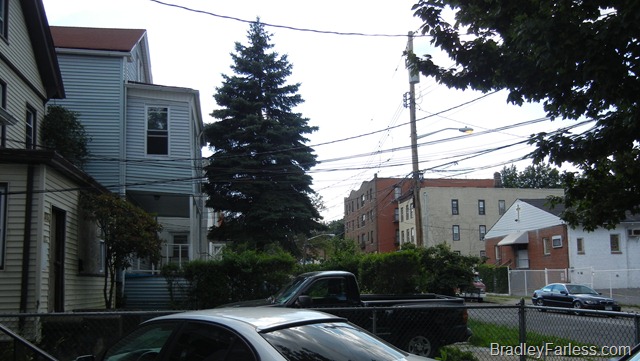 The whole trip to the Bronx was a really interesting experience.  Like I said, I’d never been there.  I saw a side of the city I didn’t know existed.  It was sort of city and sort of not.  It’s more like suburbs, but not quite.  I can’t quite reconcile it to the impression I have of suburbs from cities like Atlanta.  It did remind me of some of the old, run down towns I’ve passed through in the South though.

Photos of a Southern town I drove through in 2008: 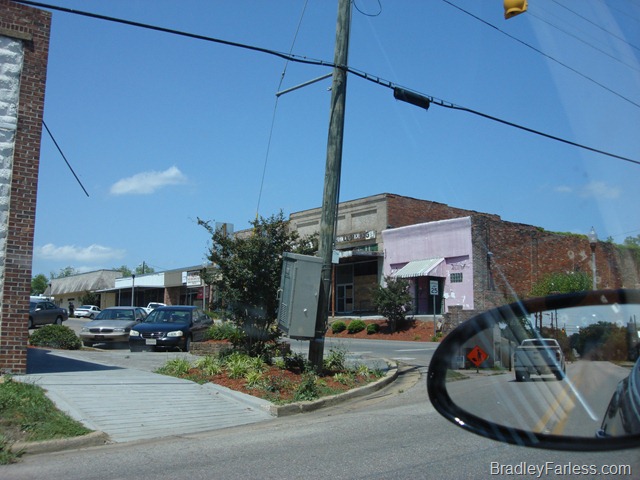 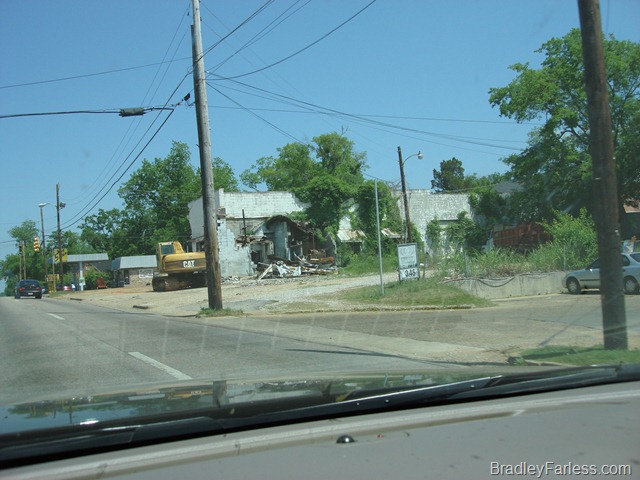 The overall impression I got of the area is that it’s mostly run down and dangerous, though I only saw a small part of the Bronx so that’s a generalization.  I’ve stricken it off my list of potential boroughs to live in.  Besides the fact that the area looks dangerous, it also requires a personal vehicle and all the expenses that come with one.  Who the hell would want to deal with the train problems between the Bronx and Manhattan if they had a choice?

Yeah, I have to just take a moment here to complain about the train problem.  There’s ongoing construction on the train lines heading into the Bronx.  When we went up there yesterday, we had to get off the train at 149th street, Grand Concourse (which isn’t very grand), and take a shuttle bus to 180th street, where we could get back on the train.  I’ve never taken a train straight to the Bronx, so I have no way of calculating exactly how much time we lost by having to take a shuttle bus, but let me just say that to get from 14th street and Avenue B to our relatives’ house in the Bronx took 2 hours and 45 minutes.  That’s absurd.  It wasn’t quite as bad on the way back, because there wasn’t as much traffic, but it still took just under 2 hours.  I’m sure it won’t be as bad when they finish the construction, but after having lived here for 9 months, I can reasonably assume that the construction will never stop.  There are always reroutes and delays.  It makes me long for the fast, safe and reliable train system in Singapore.

So, meeting extended and previously unknown family wasn’t as strange as I’d thought it would be.  I wasn’t sure what to expect, but the barbecue wound up having the same atmosphere as some I’ve attended in the Philippines.  I suppose that shouldn’t have been surprising, since my relatives on that side are all of Filipino descent.  Some of them remember seeing me as a kid, when I was about 5, but that was 25 years ago, so all of them were unfamiliar to me.  I couldn’t tell relative from friend of the family, so I did the best I could and mostly kept to myself, with the exception of a little socializing with my 2nd (or 3rd?) cousins to try to determine how exactly we were related.  The food was awesome and everyone was having a pretty good time, despite the heat and mosquitos.  In a way, it’s kind of nice to know that the family I have in the city extends beyond just the few relatives I previously knew about.  It gave me more of a sense of belonging and security.  I’m looking forward to going to future barbecues, with my wife in tow.  I have a feeling she’ll have a good time there.  Oh, I just remembered, there was no karaoke, so it wasn’t quite a Filipino barbecue!

I actually live on the opposite and diagonal side of Mount Vernon which would be the North West tip, near Fleetwood train station.

I know what you mean, you associate NY with Statue of Liberty, Bridges, Times Square and yellow cabs. Right next door, The Bronx has some of the most neglected areas. It has parts that looks like Harlem did in the 80's.

Armand: The place we went to was actually in Mount Vernon. Who knows? Maybe we went right past your house. A cousin picked us up from the Dyer station.

Kinda sad that the city that people normally think of when they think of the US, that some people claim is the capital of the world, is also home to the poorest neighborhood in the country. Not that much of any place in the US is doing that good right now anyway.

“I've stricken it off my list of potential boroughs to live in…”LOL. Rightfully so. I used to live in the Bronx, near Creston Ave. It was Terrible. I know the Dyer area very well, and there is always something happening there, not far from the train. Funny enough, I live right in the next town over, Mount Vernon, which has its equally bad parts, but also a totally opposite side on the North side. It's really strange to see such a dividing line in towns where property values triple within a few blocks. Fun Facts: The Bronx is the poorest… Read more »

I wish. The area outside the Dyer Avenue station was pretty rough. My wife would always tell me the Philippines is dangerous, but I hear and hear about more shootings here.

still have your bullet-proof vest??