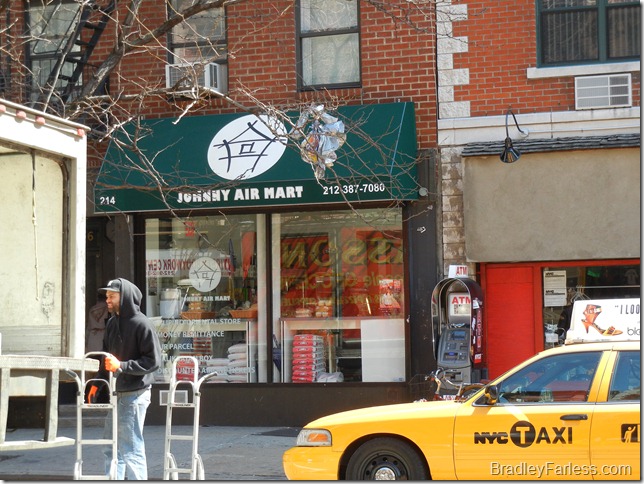 The name of the place is a little odd, but it makes sense.  This little store on Avenue A between 13th and 14th street carries Filipino goods, most of which I assume are shipped in by air.  It’s not a very large store, but it has a lot of the food products that I came to enjoy while living in the Philippines, and earlier by buying them at import stores in Singapore.

Since I’ve been back in New York City, I haven’t had the opportunity to really look around for a place to get Filipino foods, so I was happy, and surprised, to see that there is a shop just a few blocks from where I live, located in a spot I pass by almost every day.  I never saw it before because it’s halfway up the block, and I pass Avenue A on 14th street. 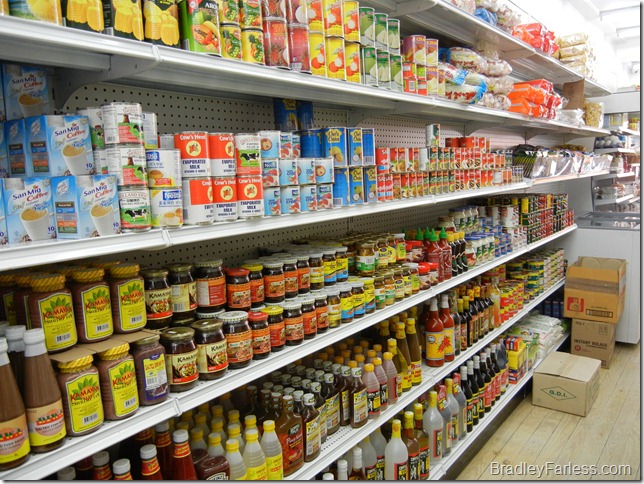 Unfortunately, I couldn’t find my favorite flavor of Lucky Me noodles, Chilimansi, and they didn’t have the Calamansi flavored Century Tuna.  The owner was pretty friendly though.  He told me the Lucky Me Chilimansi is usually stocked but he’d run out, and that he’d never carried the Calamansi Century Tuna, but he’d check with his distributor to see if he could get some in.  They also had Sky Flakes, Ligo sardines, Milo, sinigang mix, the nasty shrimp paste my wife enjoys, and many other goodies. 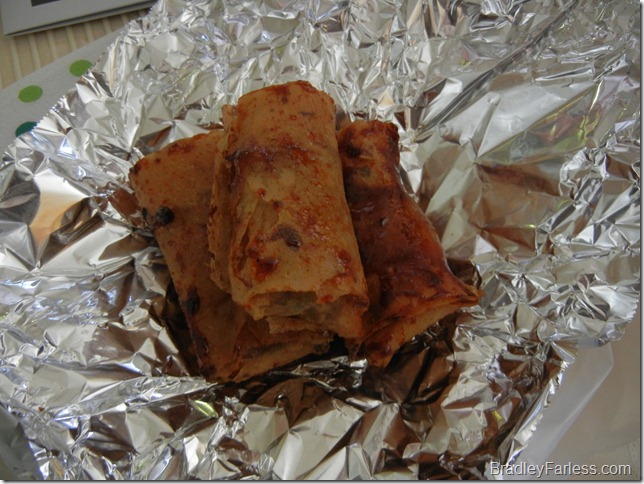 I didn’t stock up, but I did pick up some turon on the way out the door.  It’s tastier than it looks.  It’s a sweet dessert with a crusty outside and banana inside.  The shop owner warned me that it wasn’t exactly the same as the kind you get from the Philippines though, since it’s made fresh and the type of banana used isn’t quite the same.

I’m glad to see that Filipino foods will be readily available when I’m ready to do some cooking, or when my wife is.  I think it’ll help her to adjust, having some foods from home available.

I definitely will, though with the way they're booked up all the time, according to that article, it might be a while.

you should try Maharlika @Resto Leon for an authentic Filipino brunch…

Turon is good because it's not too sweet. It doesn't overpower you with sugar. You can really taste the banana inside.

I've not had turon but it looks and sounds delicious. In fact, everything sounds awesome.

Ya. My wife had me try a couple different kinds, but that's the one I like best. =) I like how it's spicy.

It was pretty good. Not as good as the turon in the Philippines, of course, but nice.