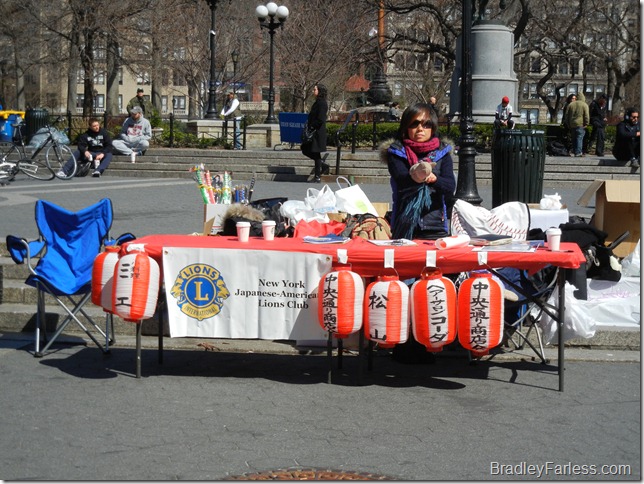 Earlier today, on my way to the Metropolitan Museum of Art, I saw members of the New York Japanese-American Lions Club in Union Square, asking for donations for relief efforts in Japan.  I made a donation myself, directly to the Japanese Red Cross through Google’s Crisis Response page.  Even so, I found myself wanting to donate more, but I had just gone to the bank and only had big bills on me.  I know that sounds cheap, but I have a budget I have to follow too, so I don’t wind up looking for handouts.  I wish I had more to give, but it’s encouraging that companies and prominent individuals are also giving donations to Japan. 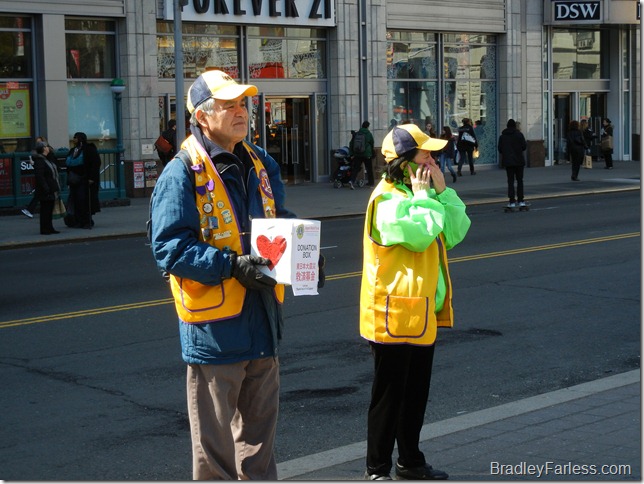 I saw a Tweet a few days ago that was reminding people to not forget that the tsunami in 2005 (?) killed about 230,000 people.  I wonder why it is that this earthquake and tsunami in Japan is eliciting such a greater response?  Or am I misremembering what happened in 2005?  I might have missed the outreach efforts.  I spent part of that year in Kuwait and the rest of it in Singapore and I just don’t remember it being reported on much.  I had actually forgotten about it until I went to Phuket in Thailand with my wife and saw a memorial there for the people who had died on that beach in that tsunami.  Is it because Japan is important economically?  Is it because it’s a world power?  Or is it because of the character and history of the people?  Personally, I’ve always been fascinated with Japanese history, the ancient history more than the recent history, and I do enjoy Japanese anime and I’ve been toying with learning Japanese for some time. 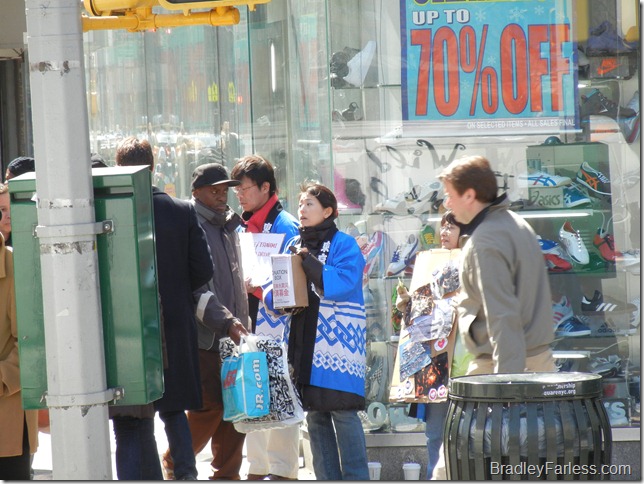 Anyway, if you haven’t taken the time to donate money to the relief efforts in Japan, there are still plenty of ways to get it done.  They’re a wholly deserving people in a time of great need.

More of that while the death toll was far bigger in Thailand, at the time the conduit of social media was not where it is now in that it can solicit a near immediate response. For example, the Google page with legit resources for aiding Japan was up within hours of the disaster.

But yes, news outlets adopted Twitter as a means of distribution, and also harvesting information to verify and re-distribute.

So you think the prominence of the disaster in social media causes the news businesses to see that people are interested in it, so they push out more material, which creates more stir, which means they push out more… etc etc.

Thailand Tsunami was 12/26/2004.
Twitter and the speed of Social media has bolstered awareness disasters and response channels.