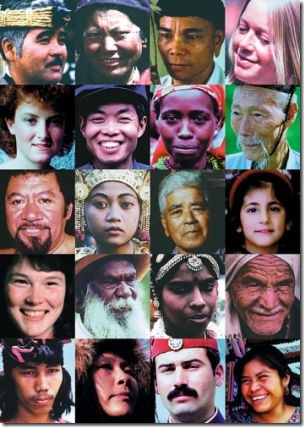 Did you know that there’s no such thing as ‘race’?  Not in the traditional sense of the word anyway.  I did some reading and watched a video lecture for an anthropology discussion assignment and that’s the idea that was being presented, just from two different angles.  I thought the topic was fairly interesting, so I’m trying to combine my answers to the questions that were asked into a coherent post here.  I apologize if it seems a bit disjointed.

In his essay, The Concept of Race in Physical Anthropology, C. Loring Brace presents evidence showing that people are biologically the same, and that we merely have physical differences that developed based on what part of the world we’re living in, or where our ancestors are from.  He presents an argument of biological populations versus the idea of clines, which says that there are merely gradations of characteristics that flow from one place to the next.

Brace discussed how old travelers would move over land from place to place and they would slowly see people’s appearances change.  He said that the idea of ‘race’ didn’t come into common usage until people started colonizing new areas.  When you’re going on foot, the gradations of appearance are subtle and you hardly notice them, but when you get on a boat in one place and get off the in another, the difference in appearance is obvious right away.  It also gives you a feeling of ‘us’ and ‘them’.  You can read more of the details by clicking the document icon at the bottom of the post to download the .pdf of his essay, but his argument against racism is that there is no biological foundation for ‘race’.  We’re all the same species and merely have adaptations suited for the areas we came from.  Brace stated in his essay that he found traits that crossed groups of people popularly identified as ‘races’.

Brace states that “‘race’ is whatever people think it should be”. Since ‘race’ has no biological foundation, the concept of race is culturally relative and is entirely dependent on the observer. That observer’s concept of race will be affected by what part of the world they’re from, the culture they grew up in, and popular ideas of the time. So, a person’s concept of race is completely arbitrary, and will be whatever they think it should be to fit their own world perspective and/or goals.  An example is how Hitler, and many other Germans at that time, considered Jews and Gypsies to be distinct races.

The popular concept of ‘race’ is limiting because it can cause people to narrow their focus to trying to find differences and similarities between ‘races’, instead of across all people, everywhere.  It can also be dangerous, in that it can be used as an excuse to commit atrocities toward other groups of people, or to place those people in positions of ‘justified’ subjugation.

As a floating signifier, we use ‘race’ to assign certain qualities to a group of people, thereby assuring ourselves of our own place in the social hierarchy and creating social stability. In that way, Hall’s ideas align with Brace’s, in that ‘race’ is “whatever people think it should be”, because according to Hall, what people want ‘race’ to be is a stabilizing force in society that lets them know who they are, or how they should be.

(We were then asked to apply Hall’s theory of race formation to the USA.)

Applying Hall’s theory of ‘race’ formation to the US is difficult, because the country is young and there are still large scale immigrations of new people from other parts of the world. A lot of people in the US put a great deal of value on remembering where they came from and holding onto and passing down those traditions, and brush aside new experiences in the US as inconsequential to who they are as a ‘race’. So, if the question is about whether or not an American ‘race’ might eventually form, then it’s possible, a long, long time in the future, if people stop seeing mere physical appearance as the only indicator of ‘race’, but for the near future I think the US will continue to be a collection of ‘races’, the same way that it’s a collection of States.

Another classmate, Henry M., had this to say about applying Hall’s theory to the USA:

In the US, it seems that racial formation is a part of popular culture. In many debates, the “race card” is more often than not misused as a sole basis and foundation for argument without really knowing the history behind it. By perpetuating this misunderstanding, the “code of common sense” Hall talked about is also made immortal by the very people fighting against racism

To which I replied:

One day, when the traditional idea of people being members of different physical races fades away, a new argument will arise to perpetuate traditional distrust and dislike along the same lines. I don’t think it matters whether the idea is one of physical differences or cultural differences, so long as there are people, or actions, perpetuating the stereotypes. The ideas of racism are so embedded into our culture that it would take generations of an aggressive education policy to even start stamping it out. I think one way to achieve that goal is to stop spending billions a year on foreign wars and instead pump that money into public education. How much better could the US be if tertiary education was not only free, but a legal obligation to complete?

The ideas are fascinating, and I’m surprised by how much I’m enjoying being back in school.  It’s nice to have some intelligent conversation and good education to broaden my horizons.

What do you think about these ideas? 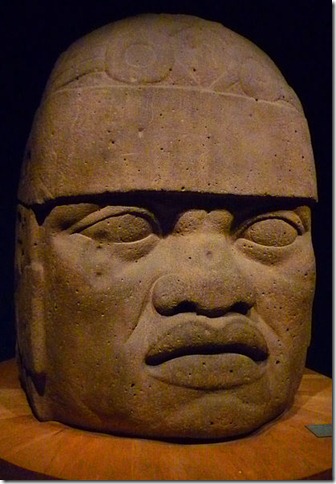