Monday night the AVA health certification was approved, so I immediately got online and made my payment.  I didn’t want to run into any hang-ups with my card not working properly in some scanner at a government office.  I didn’t have time to take chances.

I did have time to sleep in a bit though.  Not intentionally of course, but I’ve been so exhausted from running around preparing for this move and from stress that I just slept for about 12 hours straight that night.  When I finally got out of the house it was around 2 PM already.  I went directly to Tanjong Pagar to pick up the certification.

I was expecting it to be pretty hard to find.  I actually had my iPhone out with the Maps application running.  It was kind of ridiculous though because there I was, walking down the street with my face glued to my phone, trying to figure out when I’d be close to the Ministry of National Development building.  The thing wasn’t reading quite right because when I looked up, there it was right in front of me. 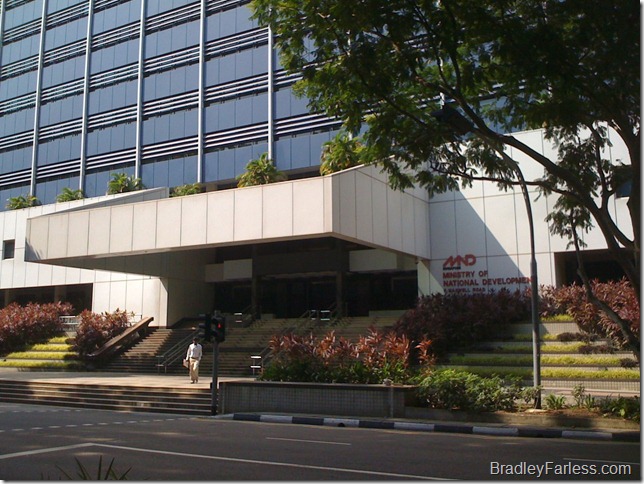 It’s a pretty massive building that’s hard to miss.  I could’ve seen it from the MRT station if I wasn’t so busy trying to use my iPhone’s Maps.

The process of picking up the health certification was painless.  I was in and out of the office in about 10 minutes.

It took a little more effort to find the Philippines Airlines office at Parklane Mall.  You have to show them your documents at least two days before your flight so they can fax them to the terminal office and, presumably, have proper arrangements made on the aircraft.

I’d never been to, or even heard of, Parklane Mall before so I had looked it up on Google Maps before leaving the house and, once again, I was walking with my face glued to my iPhone screen.  And… once again, I was standing there looking at that screen, trying to figure out where I was in relation to the mall when I looked up and was staring at the entrance.  In my defense, the entrance to Parklane Mall is kind of hard to pick out from the rest of the storefronts in that area. 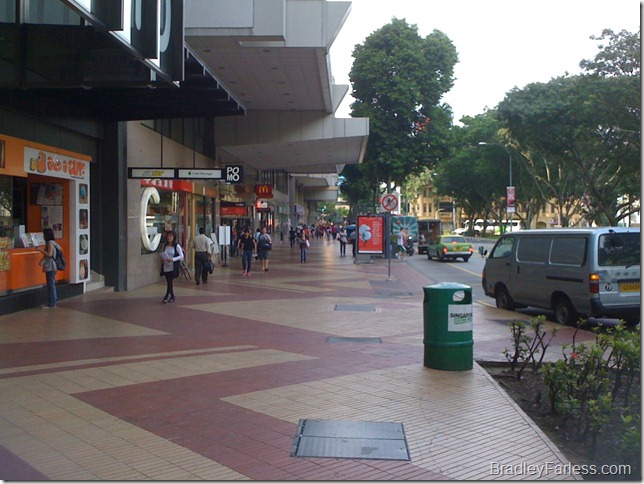 The entrance is between the DBS and McDonald’s signs in this picture.  Hardly the average mall entrance in Singapore.

I wound up leaving their office at 5 minutes to 5 PM, which is when they close, so I made it, but barely.

If I could go back in time and reschedule this all, I would set it up so that my flight was on a Sunday.  Having that weekend, a holiday weekend no less, in the middle of the 7 days leading up to our flight, cramped our available time for getting things done for the cats.  Everything has to be done within a certain amount of time leading up to the flight.  Some of the documents are only good for 7 or 10 days.

Anyway, I’m glad that stress is over.  Now we just need to show up at the airport with them in the morning.

The next post you see on this blog will be published from the Philippines.  Hopefully I’ll have a happy tale to tell about our cats’ first trip on an airplane.  By then I’ll have all the information I need to complete my step-by-step guide on importing cats to the Philippines from Singapore as well.  I’ll be publishing that on my ‘Philippines’ blog.  You can find the link to it at the bottom of the sidebar.  I got it going but haven’t posted much to it yet.

Take care, and see you on the other side!