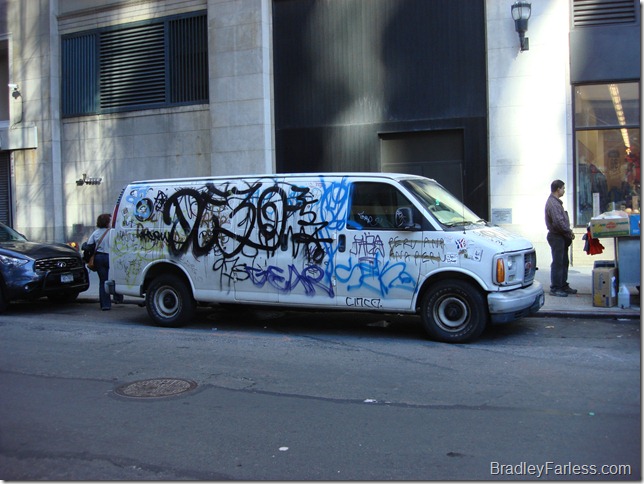 … you might wind up with a ride that looks a little something like what you see above.

Over the last 10 years or so, New York City has really been cleaned up.  I heard recently that crime has gone down by a third during roughly the same amount of time.  Still, that doesn’t mean you should let your guard down when it comes to making sure you keep yourself and your property safe.

Without checking actual statistics I would say that New York City is probably a safer place than Manila, but even so I know people who don’t go out after dark, just to be on the safe side.  Women get snatched up and raped, people get robbed, and there have even been fatal shootings in the neighborhood around where I’ll be staying.

In the week that I was in New York (before the trip I’m currently on to visit family in Georgia), we heard someone fire off about 6 rounds from a pistol on the street behind our apartment building and we walked down a street just a few short hours before two people were found dead in a vehicle there.

So, while I can relax a little bit compared to being in Manila, I’ll still be keeping my eyes open and listening for trouble.