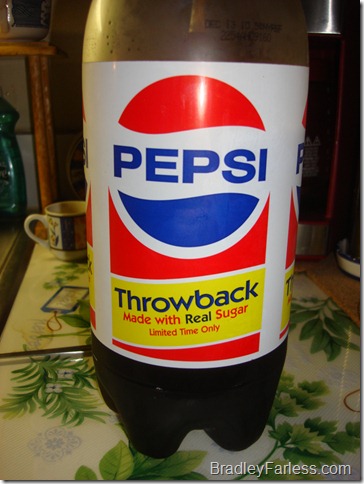 When I was in Singapore, maybe two years ago, I remember hearing about a movie called “Food, Inc.”, which is about the food industry in the US.  It covers a lot of ground, but one of the areas it really hits on is the prevalence of corn products and byproducts in almost everything we consume in the US.  It’s our staple food and is heavily subsidized by the government.  One of those byproducts is called ‘high fructose corn syrup’.  I’m sure you’ve heard of it.  It’s been in the news a lot recently.

So, what’s the problem with high fructose corn syrup?  Well, first of all, it’s a sweetener that’s meant to replace sugar.  Supposedly it was a better alternative to sugar, because it was cheaper for the companies, lowering the cost of the product, and tastes about the same.  That’s all good right?  Well, there’s a problem.  I’m sure everyone has realized by now that Americans as a whole are getting pretty fat.  I think we’re the fattest country in the world.  It’s disgusting, and high fructose corn syrup is one of the reasons for it.

A study done by Princeton University last March showed that rats who consume high fructose corn syrup “gained significantly more weight than those with access to table sugar, even when their overall caloric intake was the same.”  That’s a problem.  The things we find high fructose corn syrup in are usually not that healthy anyway, and now we find out that the cheap stuff they’re using instead of sugar is even worse for us than the real thing.  Of course, they probably knew that was the case when they started using it.  That sort of thing has to go through testing before it’s approved for human consumption.  It wouldn’t be the first time a corporation has put profit before the well being of their consumers though.

In response to this, and I’m going to be vague here because I don’t remember the details, the corn growers association is lobbying to have the official name of high fructose corn syrup rebranded as ‘corn sugar’.  Their reasoning is that this will more accurately convey to consumers what they’re eating and where it comes from.  I guess they think we’re all stupid though.  Just changing the name of something doesn’t change what it does to you.  If we started calling gasoline ‘light oil derivative’, it would still power our cars and empty our wallets.  The real reason they want to call it corn sugar is because the word ‘corn’ sounds healthy.  It’s a vegetable right?  That has to be healthy!  So, new consumers who hadn’t heard of high fructose corn syrup before will be duped into believing that what they’re eating is actually a healthier alternative to natural sugar, that comes out of the ground and not out of a laboratory.

I was really unhappy with the idea that I’d have to give in to consuming high fructose corn syrup back here in the US.  It’s just not healthy, but there aren’t many alternatives when you like to eat sweets or drink soda.  The bottle above is a limited run product from Pepsi that uses real sugar.  I wish they’d make it a permanent run item, but that might not happen.  I was told that people had petitioned for Coke to use real sugar and that petition had been flat out denied.  Again, not surprising, but definitely disappointing.

Well if you want Companies to stop using 'Corn Sugar' you should kindly ask the government to stop subsidizing the corn and also get rid of the sugar tariff.

I'm glad people are taking time to make those sorts of films. I also want to see Supersize Me.

I suppose we could use it as an alternative fuel source. That's true.

we use cane sugar over here but there is also a prevalence of obesity despite the fact we are from a third world country. but yeah hfcs is bad..i mean i didnt know that until i saw that food inc documentary

save the corn for ethanol.

Damn. Even Yoplait is including HFCS? I didn't even think to look at the label on a yogurt for that. Guess that's one more to strike off my list.

I agree on the taste. It's similar, but the real sugar tastes better.

Profits before people.
Is sugar cane really that expensive?
I had this limited run Pepsi a while back and you can actually taste the difference.
The real sugar tastes better. The fact that this is a limited run, shows that it can be sold at the same price.

I've peppered my tweets & posterous over the past 2-3 years with the ills of HFCS.
Periodically, I've even tweeted @companies that push a healthy product (Yoplait: http://goo.gl/I6qw) claiming they are fighting cancer, when actually lacing their product with a cancer causing sweetener.