Last Sunday, on my way to the Barnes & Noble by Union Square, I was passing through the park and saw an event celebrating Buddhism called The Lotus Lantern Festival. 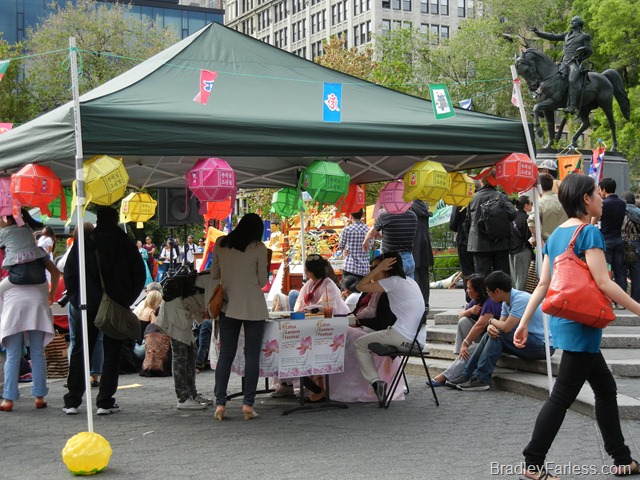 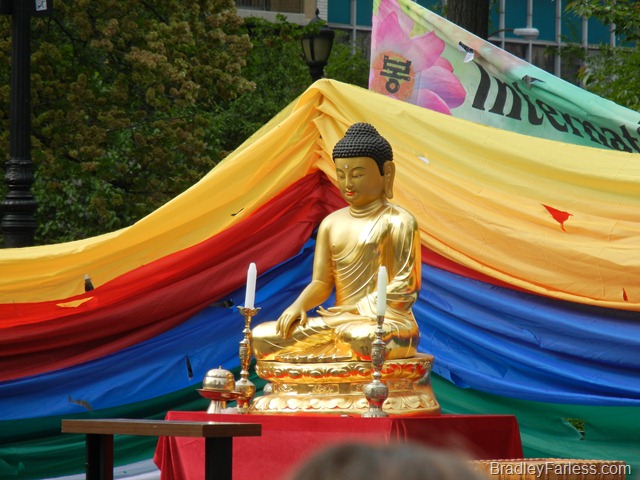 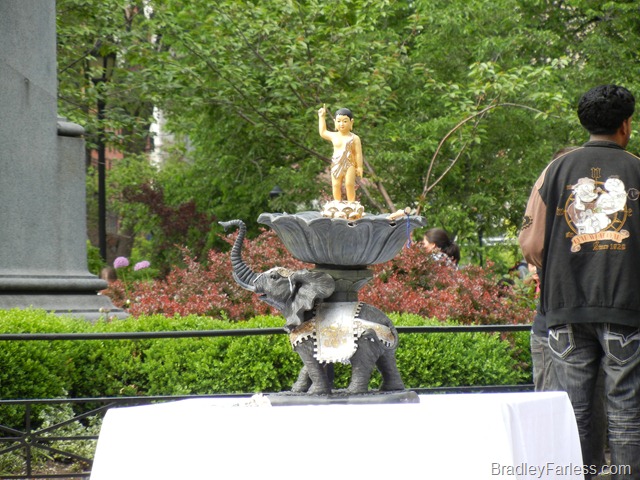 I’m not really clear on the significance of the above statue, but people would step up to it, bow, and then use the dipper (you can just see the handle protruding from the bowl above the elephant) to scoop water from the bowl and pour it over the head of what I assume, by the lotus he’s standing on and the extended earlobes, to be a representation of Buddha. 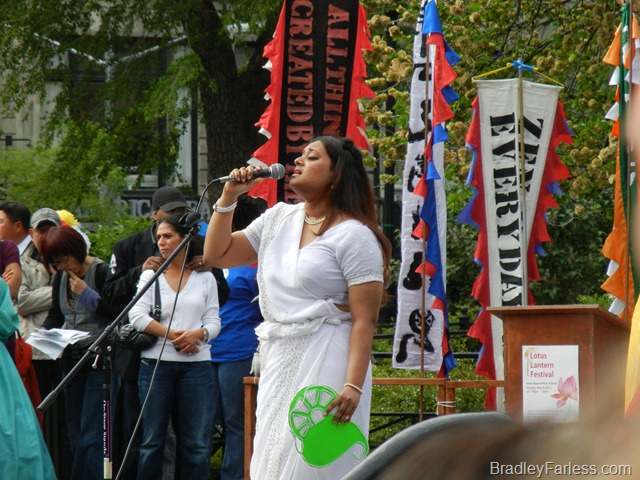 When I first walked up, a woman was singing. I don’t know what it was, or what it was about, because I missed the intro, but it sounded interesting, so I hung around for a while to see what else might happen.  After she sang, there was a demonstration of a traditional Korean dance.  I forget exactly what was said about it, but it was a celebratory dance related to successful agriculture, I think.

After I watched that, I walked through the park and just as I was getting to the other side, I started to hear Japanese pop music.  When I turned the corner, I saw there was a stage, with a live performance by a girl named Reni. 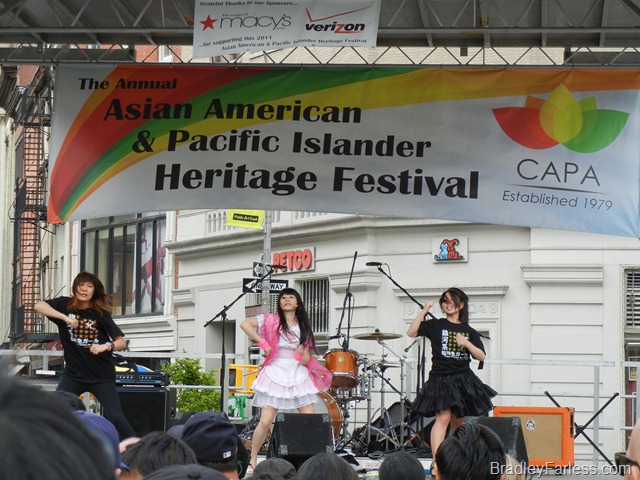 And then moved on past her booth… 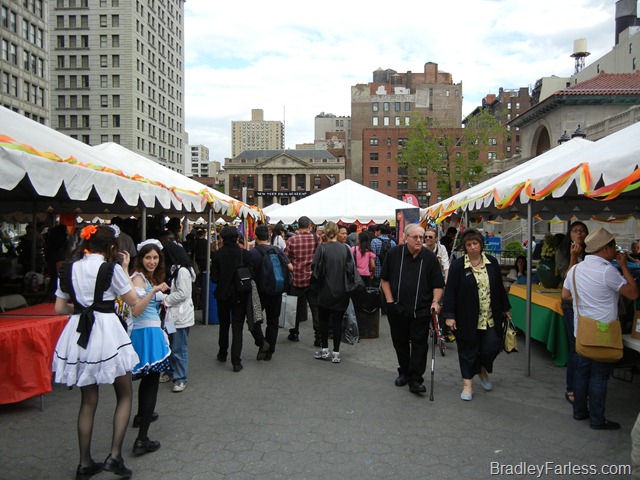 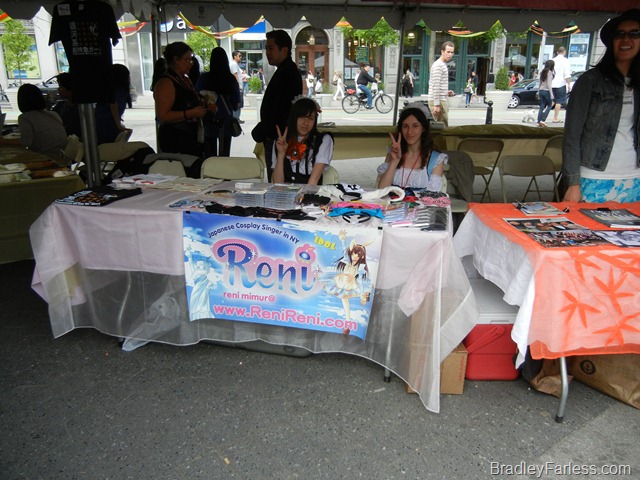 …and happened to catch the tail end of a Chinese dragon dance and a martial arts display. 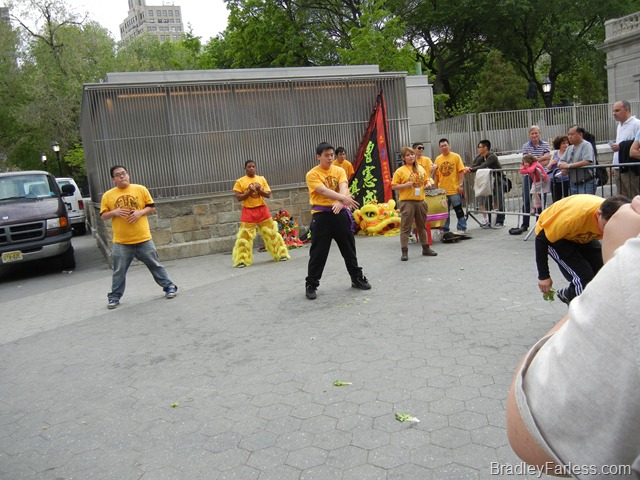 I think it was called Wishun but I could be mistaken. 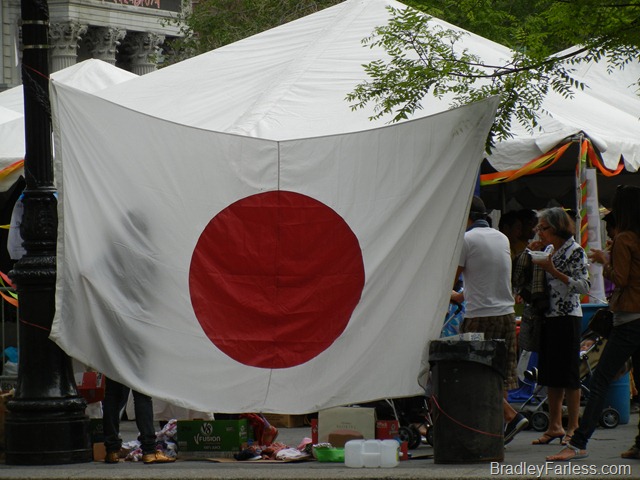 I’m already looking forward to what I might see at the park this coming weekend.

Thanks. I think half the fun of it is not knowing what I might see when I get off the bus, or come up out of the subway. Maybe there is an app for that, or at least a published schedule online.

So cool.
I wish I had some app to inform me of these events. It must be cool to head out and catch a cultural festival or farmers market unexpectedly.